PAMPLONA, SPAIN / ACCESSWIRE / December 29, 2020 / Decentralized finance protocol, BambooDeFi, developed by Nexxyo Labs, has conducted its Initial exchange offering on the ChainX cryptocurrency exchange on December 25. It will be done in three phases that will last till January 30, 2021. After the IEO on the ChainX, it will be listed on another decentralized exchange Uniswap, as per the protocol team. Bamboo is an Ethereum dependent Decentralized Finance platform created for facilitating the exchange along with storage and development of cryptocurrencies. 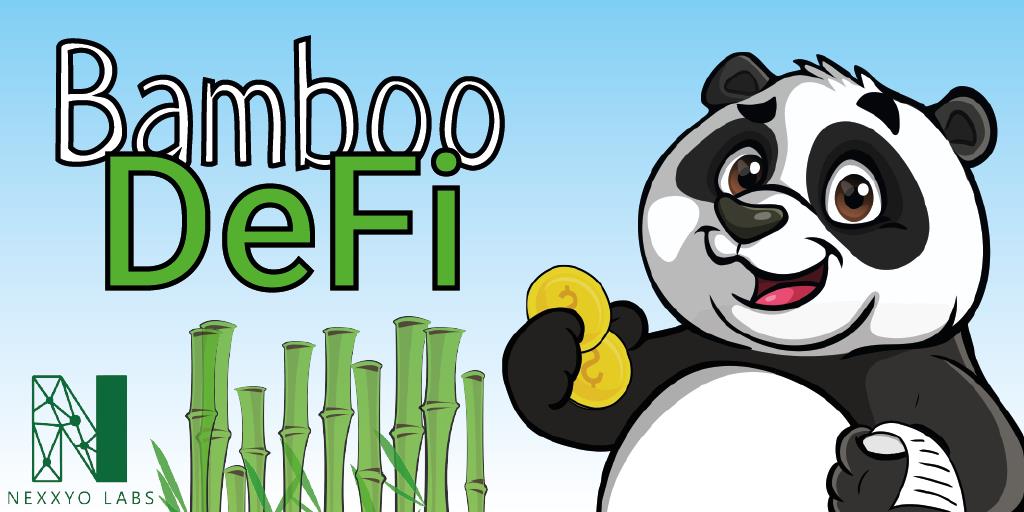 After completion of two pre-sales successfully and selling of around 1.2 million Bamboo coins, the project has also become one of the proud members of the EEA or Enterprise Ethereum Alliance. This also certifies their solution to bring in some of the proven solutions of cryptocurrency and all innovations to the community.

Key things to should know about IEO

BambooDeFi helps users to gain rewards through varied systems like

The liquidity providers are indeed given incentives liberally for all the contributions they have made, but other members along with the Bamboo coin users can also use the exclusive operational network to get engaged and get rewards.

The incentives that liquidity providers get depends on a four-fold performance system that makes it a good option when compared to other platforms.

BambooDeFi was developed by Nexxyo labs with technical support from Kindynos. This project has been developed with some of the stretched functionalities as well as good security in addition to good protocols like a quadruple reward system, temporary blocking and a new image for the better future of cryptocurrency.

If anyone is thinking about how it differs from other DeFi cryptocurrencies, then the answer for it is coin burning. While with other coin burnings there is the use of eater address with the unobtainable private key. The coins sent to those address is burnt completely and the same number of coins is eliminated from the whole supply. But with BambooDeFi, the motive along with the process of the coin burning is different. Here, the users rather than the developers keep the power to burn coins and join in the Bamboo Burn Yearly Party or BBYP. It is a token-based system for the lottery that gives rewards to its users who have done coin burning.

The project wallets in BambooDeFi is a source of multiple currencies that facilitates a strong, safe and easier transfer of services.

How it benefits the liquidity providers?

BambooDeFi is something more than just being a DeFi. Its card can be easily used as a credit card and also helps in facilitating the exchange with the fiat currency. The future of this platform is planned very well and if it is implemented effectively, it will become one of the best platforms for beginners along with the veteran cryptocurrency enthusiasts as well as users. It is a great alternative to old financial services along with other DeFi products.