Home
/
Bitcoin
/
City of London ‘hollowed out’ by home working

By Lucy White For The Daily Mail

The City of London risks being ‘hollowed out’ as thousands of white collar workers refuse to return to their desk, a top stockbroker has warned.

Steven Fine, the boss of Peel Hunt, said he is ‘angry’ to see financial firms encouraging their staff to stay at home while leaving the Square Mile like a ghost town.

The 54-year-old said that while just over 20 per cent of Peel Hunt’s 250 staff have returned to the office, the area around its headquarters is still near-deserted. 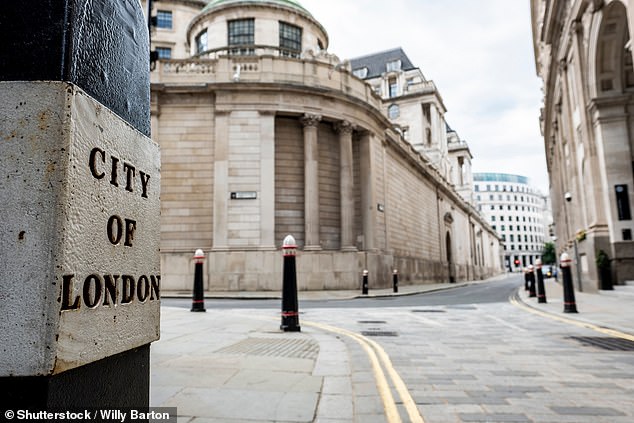 Ghost town: A report suggested that some chief executives may be looking to make the shift to home working more permanent

Fine told the Mail: ‘We live in the greatest city in the world and it’s sad to see it being hollowed out this way.’

It came as a report from accountancy firm KPMG has suggested that some chief executives may be looking to make the shift to home working more permanent.

In its survey of 315 key global bosses throughout July and early August, KPMG found that nearly 70 per cent of firms plan to cut office space and let staff work from home.

And bosses now see the recruitment and retention of staff as their top risk, up from 11th on a list of risks at the start of this year. Several major City firms have told staff to forget about coming back to the office any time soon.

But for businesses which rely on office workers in cities, such as cafes, restaurants, hair salons and shops, a permanent shift to home-working could turn out to be devastating.

Fine said: ‘It saddens me when I look at London and people are nervous and anxious to walk around.

‘You can see it in people’s eyes when they walk towards you – everyone is paranoid you could be carrying the virus because they don’t know you.

‘Yet in your office, because you ‘know’ your colleagues, intuitively you have less concern about their hygiene.’

He added: ‘It angers me to see all these businesses keeping their staff at home because I think people are making a lot of long-term decisions about working from home based on short-term data.

‘Usually you would go through a lot of data and thought processes, and run tests and simulations, before making such a big decision.’

Though Peel Hunt managed to thrive during lockdown with 100 per cent of its staff working from home, Fine predicts businesses would be worse off if this became the norm.

He said: ‘The social side of the office breeds ideas, and proximity of people is a good thing. Part of it is banter, yes, but it’s also lateral thinking. It can lead to the germ of a story or an idea.’