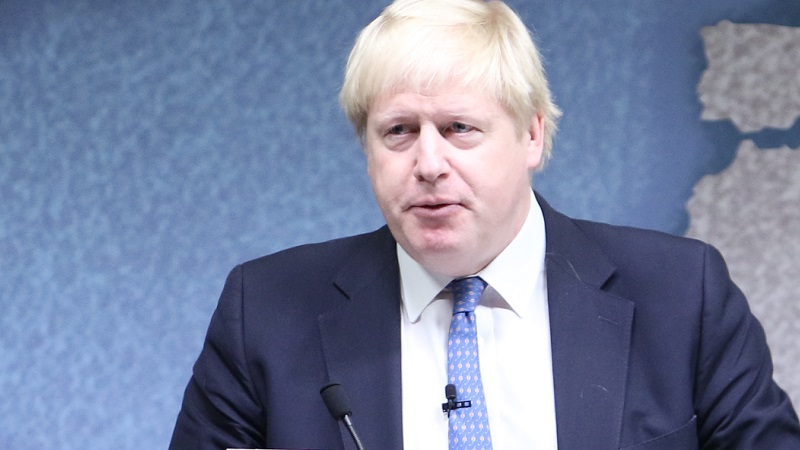 Prime minister Boris Johnson stuck with his controversial plan to relax in-person socialising rules for five days over the festive period despite pressure from ministers of the UK’s devolved nations to maintain them.

It came despite an increase in Covid cases prompting the government to elevate London and parts of the South East to its most severe tier 3 restrictions.

In the US, the first doses of the Pfizer/BioNtech vaccine were doled out days after the shot was approved and in a week that the country recorded a new record high number of daily Covid cases.

The Bank of England continued to bide its time due to Brexit and left rates untouched while the and the Federal Reserve also left rates alone but committed to buying at least $120bn of debt a month.

See below for a summary of the key events and click through the slides above to find out what investment managers think this means for portfolios.

-A new variant of coronavirus was identified in the UK that could be contributing to a rapid rise in infections in some parts of the country.

-It was decided that London and other areas of the South East of England would enter tier 3 Covid restrictions after the last national lockdown failed to slow a second wave of coronavirus cases.

-American citizens started to receive doses of the Pfizer/BioNTech vaccine just days after it was approved.

-The Bank of Japan’s quarterly Tankan survey improved to a level of minus 10 in the final quarter of the year, compared with minus 27 in the third quarter, and beating analyst expectations for a reading of minus 15.

-Lender NatWest became the second high street bank in as many weeks to announce it would resume offering mortgages worth up to 90% of a property’s value. It comes after borrowing demand ramped up on the back of stamp duty holiday put in place in July, lasting until the end of March 2021.

-The number of positions in the retail trade fell by 78,000 between June and September, making it the main driver of a record loss of 475,000 jobs, according to Office for National Statistics figures.

-The UK unemployment rate rose to 4.9% in the third quarter, with 370,000 people made redundant, according to the ONS. The data also showed the largest annual fall in employment for 10 years, with the number of people in paid work 280,000 lower than the previous year at 32.5 million, taking the employment rate to 75.2%.

-The US Federal Reserve committed to buying at least $120bn of debt a month until “substantial progress” has been made in economic recovery. It also expects to keep interest rates close to zero until at least the end of 2023.

-Boris Johnson remained committed to a five-day relaxation of Covid rules from 23 December despite criticism from medical professionals and Labour politicians. However, he did plead with the public to “think hard and in detail” about their plans.

-UK inflation rose at an annual rate of just 0.3% in November, compared with 0.7% the month before. Inflation slowed as the price of clothing, food and recreation fell on the second Covid wave and related restrictions.

-The estimated cost of the UK’s push to secure and administer the coronavirus vaccine is £11.7bn so far, according to a report by the National Audit Office.

-The UK private sector returned to growth in the first half of December, according to the IHT Markit/Cips purchasing managers’ index. The index rose to 50.7 from 49 the previous month.

-The US Food and Drug Administration authorised emergency use of the first over-the-counter, self-testing Covid-19 antigen kit, which can produce results within 20 minutes.

-The Bank of England left the base rate unchanged at 0.1% and kept the target for its asset purchasing programme at £895bn by the end of 2021.

-The US set a new daily record for Covid cases as 241,620 new infections were recorded, surpassing the previous high on 1 December of 234,810, according to Financial Times analysis.

-Northern Ireland is imposing a six-week lockdown from Boxing Day in order to contain rising numbers of Covid-19 infections.

-Coca-Cola is axing 2,200 jobs globally after being hit by the closure of bars, restaurants and venues during the pandemic.

-The US Food and Drug Administration is set to grant emergency approval for the Moderna vaccine, a move that will make it the first country to have approved two Covid vaccines.

-The majority of England’s secondary school pupils will return to class later than usual in January to allow for mass Covid testing. It comes after new data revealed a high number of cases among children.

-Chancellor Rishi Sunak extended the government’s furlough and emergency loan schemes until the end of March after the programme was due to end in January. He also revealed the next budget will be held on 3 March.

-The government extended the highest level of coronavirus restrictions to cover more than two-thirds of England’s population from Saturday.  Areas including Buckinghamshire, Peterborough and Hastings were put into tier 3.

-Sentiment among German businesses brightened in December, defying concerns of a double-dip recession due to Covid-19. The Ifo Institute in Munich’s business climate index rose 1.2 points to 92.1.

-UK retail sales volumes dropped 3.8% between October and November, according to the Office for National Statistics, putting an end to six consecutive months of growth.

-The Bank of Japan announced a review of its monetary policy after the effect of the coronavirus pandemic stymied its aim of reaching 2% inflation. The bank is expected to report in March 2021 and it is the first time for such a review since 2016.

-Lloyds Banking Group announced it was cancelling all staff bonuses for 2020 because of a sharp fall in profits caused by the coronavirus pandemic.