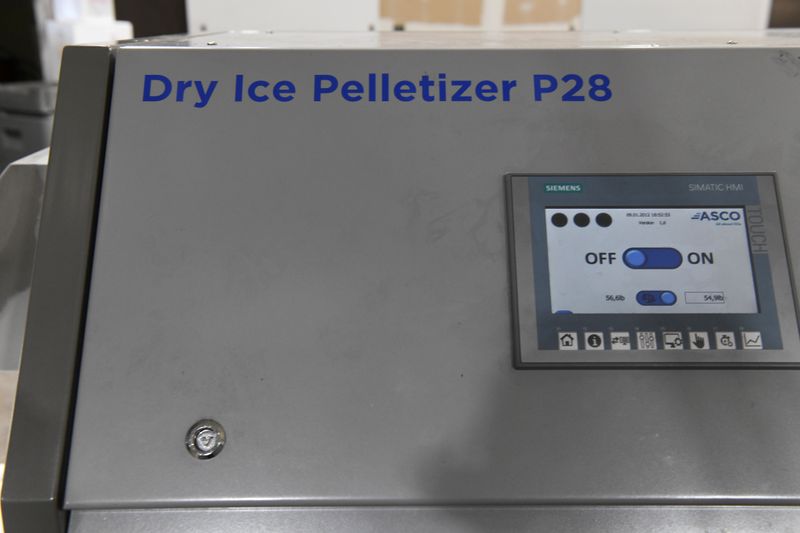 NEW YORK/LOS ANGELES (Reuters) – As health officials from rural areas prepare to vaccinate people scattered over thousands of miles in what could be the most complex such campaign in U.S. history, they face the additional challenge of finding enough dry ice to keep a Pfizer vaccine that must be stored at sub Arctic temperatures from spoiling.

The vaccine developed by Pfizer Inc (NYSE:) and German partner BioNTech SE (NASDAQ:) could be authorized for emergency use as soon as this week and must be transported and stored at -70 degrees Celsius (minus 94°F), requiring specialized ultra-cold freezers or dry ice.

More than a dozen U.S. states, including Washington, New Mexico, Mississippi, Louisiana and Indiana, told Reuters they are rushing to secure dry ice to replenish suitcase-sized shipping containers from Pfizer. Once opened, if being used as temporary storage by a vaccination center, the vaccines can last a total of 30 days with re-icing every five days, Pfizer said.

The company said it believes there is sufficient dry ice supplies to serve the needs of all 50 states without serious constraints.

“This is the most challenging vaccination program ever attempted. (It) will be especially complicated in rural and remote communities,” said Dr. Kelly Moore, an advisor to Pfizer’s COVID-19 vaccine program and associate director at the Immunization Action Coalition.

While the U.S. COVID-19 outbreak was originally centered around densely populated areas in the U.S. Northeast, the coronavirus is now rampaging across the country, hitting small towns and rural areas with limited resources particularly hard. Rural areas account for about 60 million people, less than one fifth of U.S. population.

The Pfizer vaccine could soon be followed by another from Moderna (NASDAQ:) Inc that can be kept in a standard freezer.

Officials in states including Texas and Arkansas see Moderna’s vaccine as the main solution for rural areas, but many state and hospital officials are planning to receive supplies of the Pfizer vaccine and expressed concerns about logistics involved.

Pfizer sends its vaccine in pizza box-sized minimum lots of just under 1,000 doses, along with a dry ice refill to last a total of five days.

After the added time it takes getting vaccines to rural communities, “is that sufficient time for them to turn around and vaccinate folks?” asked Soumi Saha, vice president of advocacy at Premier Inc, which coordinates purchases for thousands of U.S. hospitals and health systems.

“Are they going to say, ‘Hey, you don’t even have enough people, you’re just gonna waste it’?” she added. “Does that mean that you have these vacuums throughout the country where people don’t even have access, because of that concern?”

Batesville, Indiana-based Margaret Mary Health, midway between Cincinnati and Indianapolis, has plans to prevent vaccine waste or spoilage as it prepares to inoculate healthcare workers over its 1,400-square-mile (3,626 square kms) area from two sites, including a drive-through at a local fire department.

It has multiple dry ice and deep freezer providers lined up to prevent mishaps, and will schedule vaccination appointments, with a backup list so no-shows do not lead to waste.

“If we take it out of the cooler, it’s going into someone’s arm,” said Margaret Mary Chief Executive Tim Putnam.

With the optional dry ice refill of 23 kilograms (50.7 pounds) arranged with Pfizer and delivery company United Parcel Service Inc (NYSE:), vaccine recipients are on their own.

Many states are already scheduling dry ice deliveries. Gehm and Sons in Akron, Ohio, has a deal to provide Ohio with 15,000 pounds (6,804 kg) a week of dry ice pellets for 55 cents a pound, including delivery.

However, some dry ice suppliers said it is challenging to plan for the vaccine rollout because much is unknown about how much dry ice will be needed.

“There’s going to be spots in other parts of the country that there’s vulnerability or weakness in supply,” said Steve Atkins, executive vice president of gases at nexAir in Memphis, Tennessee.