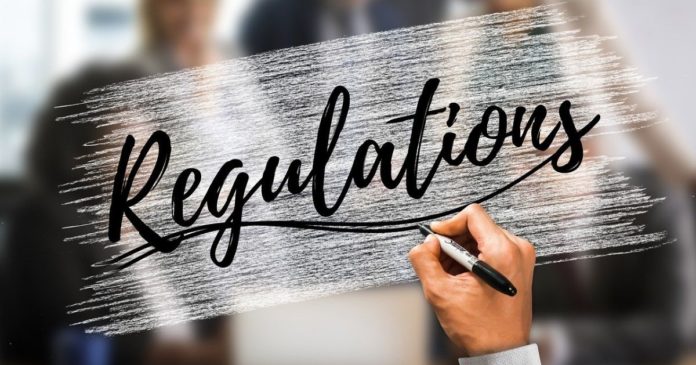 The U.S. Treasury Department recently released a statement that shows that the G7 finance officials have strongly supported that digital currencies should be regulated, as reported by Reuters.

This was the 12th meeting held by the G7 finance officials in 2020 as regards to the COVID-19 pandemic. The meeting was also crucial as the presidency of the G7 will be handed over to Britain from the United States in a few weeks.

The Need for Digital Currency Regulation

In regards to the upcoming Libra crypto from Facebook, Finance Minister Olaf Scholz of Germany said after the meeting, “A wolf in sheep’s clothing is still a wolf. It is clear to me that Germany and Europe cannot and will not accept its entry into the market while the regulatory risks are not adequately addressed.”

He also added, “We must do everything possible to make sure the currency monopoly remains in the hands of states.”

According to the U.S. Treasury, the finance ministers and central bankers of the G7 talked about the recent responses to “the evolving landscape of crypto assets and other digital assets and national authorities’ work to prevent their use for malign purposes and illicit activities.”

The statement from the U.S. Treasury Department added that “there is strong support across the G7 on the need to regulate digital currencies.”

At the course of the meeting, the G7 finance officials also once again voiced their support for a joint statement concerning digital payment issued in October. That statement revealed that with digital payments, financial services can be improved and costs can be reduced. However, these payments should be “appropriately supervised and regulated.”

When Facebook announced its intention to launch the Libra digital currency in June, regulators had fears that the launch may destabilize the global financial system.

Aside from the regulatory talks about cryptocurrency, the statement revealed that the G7 finance officials also discussed various responses to the ongoing COVID-19 pandemic, including ways to achieve a robust global recovery as the economies of most nations have been thoroughly ravaged by coronavirus.

Before now, Facebook announced that its digital wallet, Calibra, would continue as planned but would now be known as Novi.