A multimillionaire hedge fund manager told police Brexit could be behind his prosecution over indecent assault allegations, a court heard today.

Crispin Odey is accused of assaulting an investment banker in 1998 after inviting the then-26-year-old to his £7.75million house after a work meeting.

He has admitted in a police interview to propositioning the young banker but denied carrying out an assault and has said she is exaggerating what took place.

During the second day of his trial at Hendon Magistrates’ Court, PC Linda Casson read a transcript of her interview with the hedge fund manager from March 15, 2019.

When asked about an email his alleged victim sent him, he said: ‘After the financial crash of 2008/09 there was quite a lot of publicity coverage of me.

‘Then she sent an email saying ‘I won’t stop trying to chase you’. How can you answer something that is so vicious?’ 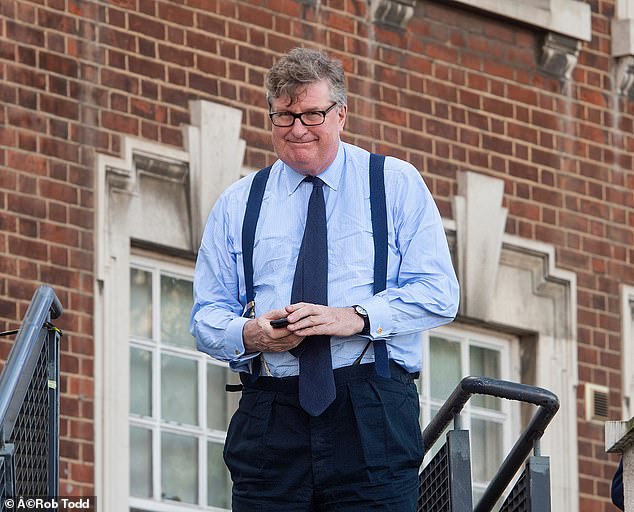 Email: ‘I want you to suffer like I suffered’

Crispin Odey’s alleged victim sent him an email saying: ‘I want you to suffer like I suffered’ his trial heard today.

The hedge fund boss, 62, told police about the ‘vituperative’ email over ‘something that did not happen’ during an interview under caution at Belgravia Police station over allegations he sexually assaulted a female investment banker in 1998.

In his interview he said he had misread the signals and the young investment banker left after 30 minutes. He denied there was any physical touching.

He said: ‘We were talking about where it will all end.

‘I got the wrong end of the stick. It was still playful, she said it was inappropriate, got up and left.’

Odey told police he was bemused by the aggressive email and said he wrote back saying: ‘I’m truly sorry’, adding ‘I do not go around attacking young girls’.

He ended the email to the victim by saying ‘I am glad to see you are married and hope you have prospered.’

In the interview Odey told investigating officer Detective Constable Casson he was shocked by such a ‘vituperative’ email.

‘None of that happened. She was there for 30 minutes, had a drink, got up and left and saw some friends.’

The email where his victim said he will suffer was written under subject heading #metoocampaign.

It read: ‘I want you to suffer like I suffered. Going into police station now. My version is how I see it.’

‘When the #MeToo movement happened, it was another moment when she said: ‘I am going to make sure you feel the pain that I felt’.

‘I thought this is the time to put this whole thing to bed, sorry’.

DC Casson added the apology had been because ‘there was some laughter at that remark’ and continued to quote from the interview.

Odey added: ‘Who knows whether that was anti-Brexit given that one was a Brexiteer, basically.

‘It sort of said I’m sure you must have done that so many times, there were lots of inferences about making my life a misery because I had made her life a misery.

‘That made me angry. She felt terrible things had been done to her.

‘I thought how horrible that someone hates someone so much and thinks their whole life has been undermined by something I don’t think took place.’

He said she had developed ‘a bitter hatred’ ‘on the basis of one meeting’.

The hedge fund boss admitted he ‘misread the signals’ by propositioning the woman, but denied touching her.

‘She left because I made a lewd suggestion. She came round here on her own.

‘She was young and she seemed very keen. I probably misread the signals.

‘I offered her a drink and I poured her some wine. We went up to the first floor room and we were talking.

‘I repeated it and she said I am taken aback and she left.

‘She was here for half an hour at most.

‘The next day I rang up to say are you alright because she obviously was upset by my proposal.’

The trial was adjourned until 11 March after the court rejected an submission by Odey’s barrister Crispin Aylett to throw the case out.

Earlier today, the investment banker who claimed she was groped by Odey described the alleged assault as an ‘octopussy type manoeuvre’ in court.

Giving evidence via video link from America, the woman broke down in tears under cross examination as she recalled the alleged incident in 1998. 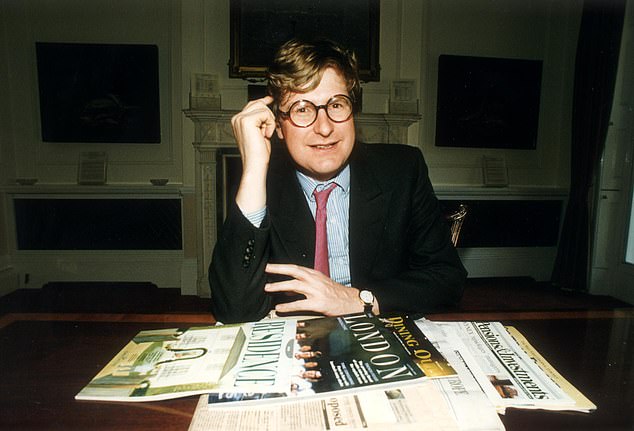 Court heard when Odey (pictured in 1995) was interviewed in 2019, he accepted she was at his house where they talked about work, and he said she asked him: ‘Where is this going to end?’ 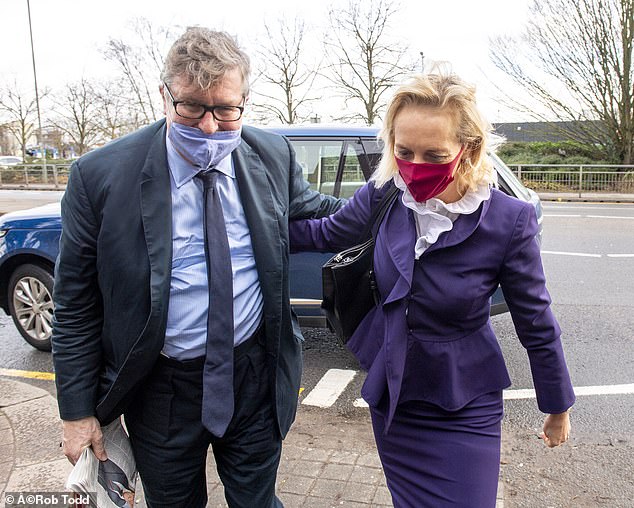 Odey was accompanied to court by his hedge fund manager wife Nichola Pease, who he married in 1991. The couple walked arm-in-arm while heading inside as the trial entered its second day.

Describing the incident in now 62-year-old Odey’s Chelsea home, she said: ‘He was next to me. So it was like an octopussy manoeuvre.

‘First time there was a hand on by back, then a scramble of hands. Like groping, the only way to describe it. It was like an octopus experience.’

The woman, now aged 49, said she couldn’t recall the exact sequence of events when Odey approached her after he had changed into a towelling robe.

‘I don’t remember the choreography. I just stood up and got away from him. I don’t know if he said anything,’ she said.

The alleged victim was questioned by Mr Odey’s barrister Crispin Aylett to further describe what had taken place – but she said she was unable to recall everything that had happened on the night. 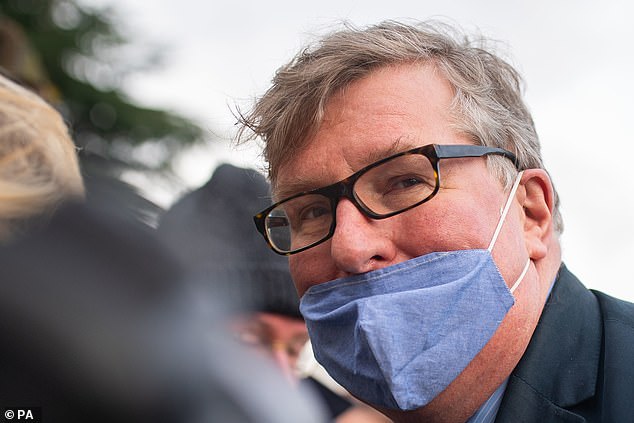 The married 62-year-old (pictured) has denied indecently assaulting the then 26-year-old woman in his Chelsea home in 1998, when he was 39 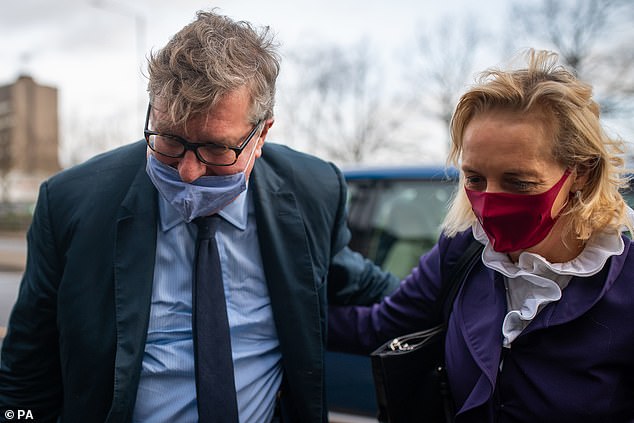 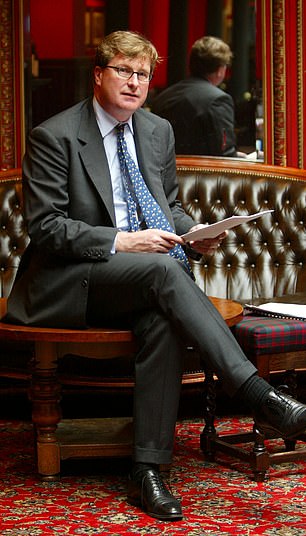 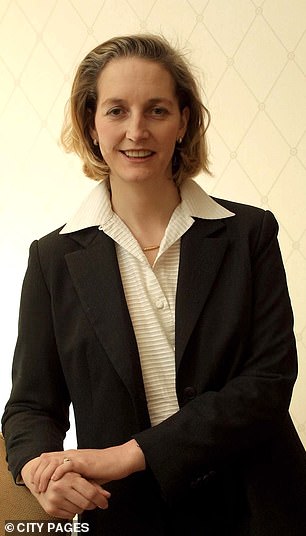 Odey (left, in 2003) was accompanied to court by his wife of 30 years Nichola Pease (right)

Mr Aylett suggested that she was still angry at what had allegedly taken place.

‘Yes, I am angry and you can understand why,’ she replied as she broke down in tears before composing herself.

The woman said she decided to file a complaint after watching news reports of the allegations against film mogul Harvey Weinstein for sex assaults.

In an online report to police she also mentioned the arrest of actor Kevin Spacey as a spur for making her complaint in 2017.

‘There were a whole lot of them. They were on the news,’ she told Mr Aylett.

Earlier a friend of the alleged victim told the court he had suggested she contact police after believing the hedge fund manager had ‘tried it on with her’. 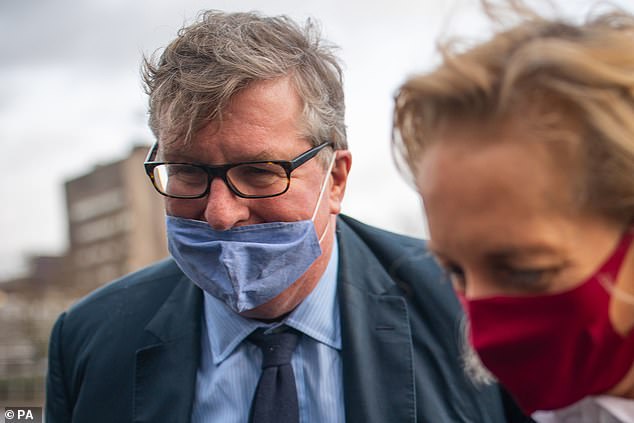 The friend – a former boyfriend who was not named to protect the woman’s identity – was called by the victim after she left Odey’s home.

He said: ‘I recall a telephone call from (the complainant) who was in an upset state.’

He said she was ‘very upset’ when she arrived at his flat, adding: ‘She was crying and when I asked details of what had got her so upset, she clammed up and then was very emotional.

‘I kept asking her what had actually happened.

‘I suggested if anything untoward had happened she should go and report it to police.

‘I think the reaction that she gave me where she didn’t want to talk about what happened made me think something not very nice had happened.’ 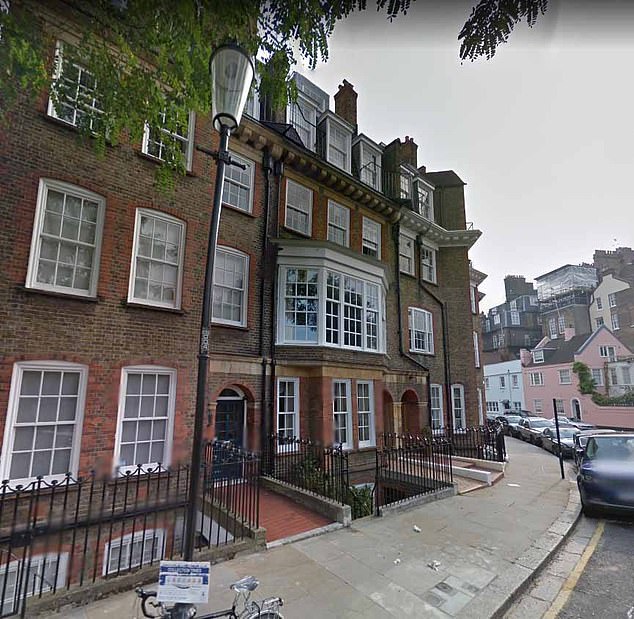 The 62-year-old has denied indecently assaulting the then 26-year-old woman in 1998. Pictured: The Chelsea property where the alleged assault took place more than 20 years ago

Taking him through his police witness statement, prosecutor Kerry Broome said the man had ‘presumed at the time Crispin Odey had tried it on with her’.

She asked: ‘Is that what you deduced?’

The woman told the court she informed three senior colleagues at the bank where she worked the day after the alleged assault.

In his statement to police, one of the men said: ‘She was upset and felt that Odey had taken advantage of her.

‘I didn’t know how serious it was and what exactly had happened.’ 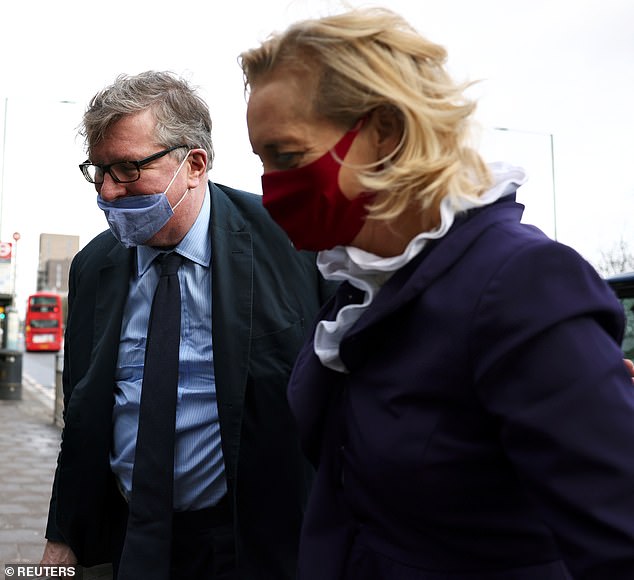 The multimillionaire, 62, (pictured arriving at Hendon Magistrates’ Court) denies indecent assault in 1998, claiming the woman left after the ‘ill-judged and unwanted sexual invitation’ 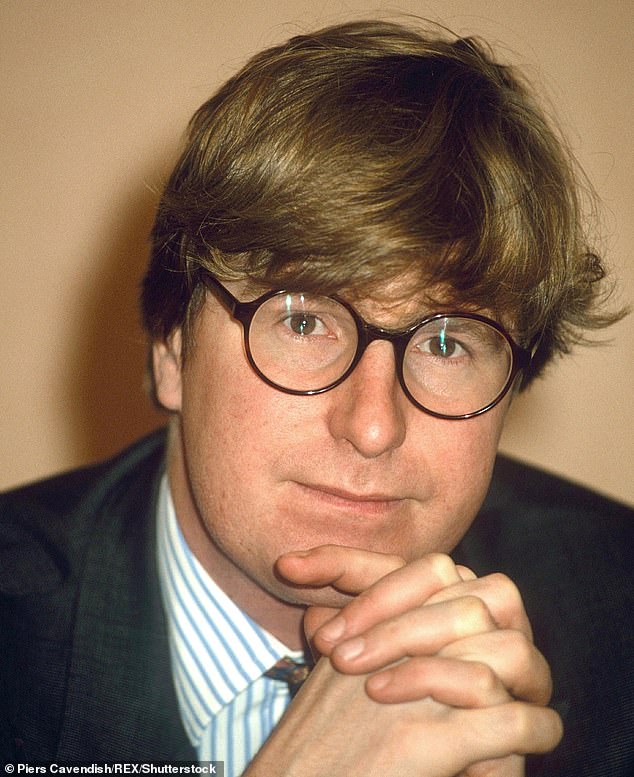 The woman met with ‘high-profile’ Odey (pictured in 1997) at Odey Asset Management, the company he founded in 1991, where he ‘showed an interest in her’ and invited her to return later, which ‘she hoped would further her career’, the prosecutor said at Hendon Magistrates

Giving evidence, he said the meeting took place in a room off the trading floor.

‘Clearly, something had happened in that meeting that made her feel uncomfortable,’ he said.

‘The impression was something inappropriate had happened, but she didn’t tell us anything more than that in terms of what had happened, so there was a sort of spectrum of possibilities.

‘There was no suggestion that anything was necessarily so serious that action need be taken forthwith.

‘I think if that was the case the three of us, even though we weren’t management, would’ve taken action unilaterally ourselves.’

Another colleague said to have been at the meeting said he has ‘no recollection’ but added that Odey, with whom he still has a professional relationship, is ‘nothing but a complete gentleman’.

‘He’s a character, he’s charming, he’s fun, and the word ‘dishonest’ would be about as far as you can manage from him,’ he said.