AstraZeneca has warned EU countries to expect significant shortfalls to early deliveries of its coronavirus vaccine, in a fresh blow to the rollout of the bloc’s immunisation programme, European officials have said.

The EU was expecting 100m doses of the jab in the first quarter of the year. But people with knowledge of the discussions said the company may fail to deliver even half that amount, although they stressed that final figures had not been established.

AstraZeneca insisted there was no “scheduled delay” to the start of shipments of its vaccines, but said “initial volumes” would “be lower than originally anticipated due to reduced yields at a manufacturing site within our European supply chain”.

“We will be supplying tens of millions of doses in February and March to the EU, as we continue to ramp up production volumes,” the company said, adding that the change in expected volumes did not affect the UK.

Details of the revised first-quarter deliveries to the EU were still being worked out but they could be less than 40m, several European officials said. Part of the reason for the uncertainty is that the provisional timetables are dependent on when the vaccine receives regulatory approval, which could happen next week.

Video: Coronavirus: the race between vaccines and new variants

It was “not looking good in the short term” for AstraZeneca jab supplies, one European official said. A second described the proposed shortfall as “significant” while another branded it a “disgrace”, reflecting the growing frustration in Europe over problems with the Covid-19 immunisation programme.

Stella Kyriakides, the EU’s health commissioner, tweeted that AstraZeneca representatives had announced the delays in a steering committee meeting with the European Commission and member states on the bloc’s vaccine strategy.

“@EU_Commission and Member States expressed deep dissatisfaction with this. We insisted on a precise delivery schedule on the basis of which Member States should be planning their vaccination programs, subject to the granting of a contitional marketing authorisation,” she wrote. 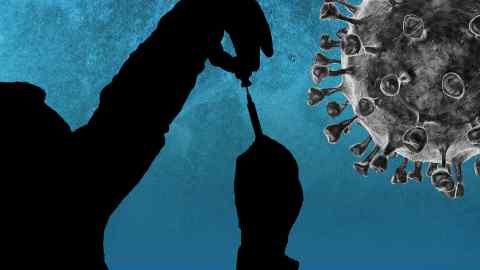 And Norway, which is not in the EU, said late on Friday evening that it would receive fewer than 200,000 doses of the AstraZeneca vaccine in February, well below the 1.12m it had been expecting.

Camilla Stoltenberg, head of the Norwegian Institute of Public Health, said to receive less than 18 per cent of the promised doses was a “disappointment” and showed that vaccine deliveries were “extremely uncertain”.

The news of delays is particularly problematic for EU countries because they have placed a big bet on the AstraZeneca jab and are gearing up for what they hope is its imminent regulatory approval.

The vaccine, made in collaboration with Oxford university, was the first pre-ordered by the European bloc and the up to 400m doses of the two-shot course would cover almost half the region’s 446m population.

The interruption will add to growing anxiety around EU member states over the slow start to Covid-19 inoculation compared with some other rich countries, notably the US and UK. The concerns have been amplified this week as EU nations tighten travel rules in response to fears over the spread of highly transmissible coronavirus variants identified in the UK and elsewhere.

This month EU governments criticised Pfizer’s decision to cut temporarily supplies of the vaccine it developed with BioNTech to European countries. The company insists the supply will be made up later and the move will help it increase production later in the year.

The UK is the only country in Europe to have approved the AstraZeneca jab, which has helped British health authorities ramp up their vaccination programme. US approval is not expected until April, US health authorities have said.

Before news of the delays some capitals were arguing that AstraZeneca should deliver doses even before it receives authorisation from the bloc’s medical regulator.

Four countries — Austria, the Czech Republic, Denmark, and Greece — wrote to the European Council president Charles Michel this week to float the idea of “pre-authorisation distribution”, which would allow them to start immunising people the moment approval is received.

However, the commission raised doubts about such a move, arguing that pharmaceutical companies are likely to be unwilling to shoulder the legal responsibility of releasing the doses before the formal authorisation of the vaccine.

Full details are available on the government’s official website.