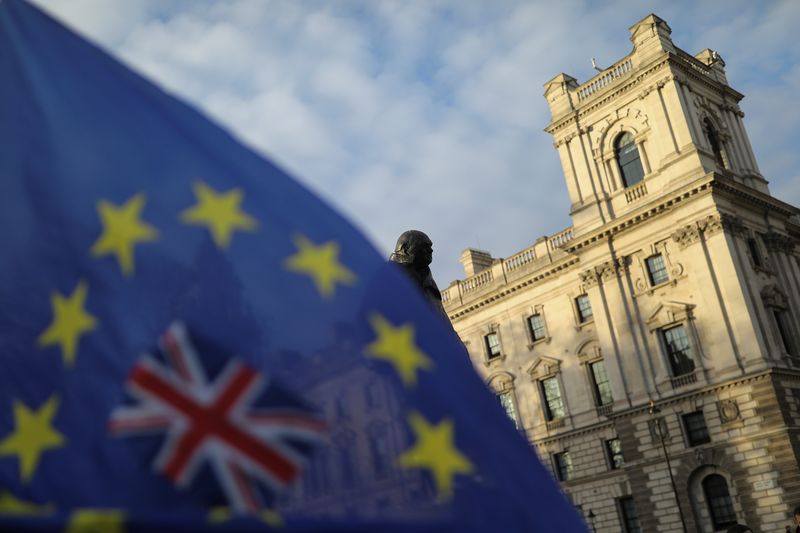 © Reuters. FILE PHOTO: A flag is seen outside the Houses of Parliament near the statue of former Prime Minister Winston Churchill in London

Lawmakers voted 521 to 73 to progress the bill to its final stages in the lower house of parliament. A second vote, due shortly, will confirm its approval by the lower house before it moves to the upper house later on Wednesday.

It is expected to become law around midnight.