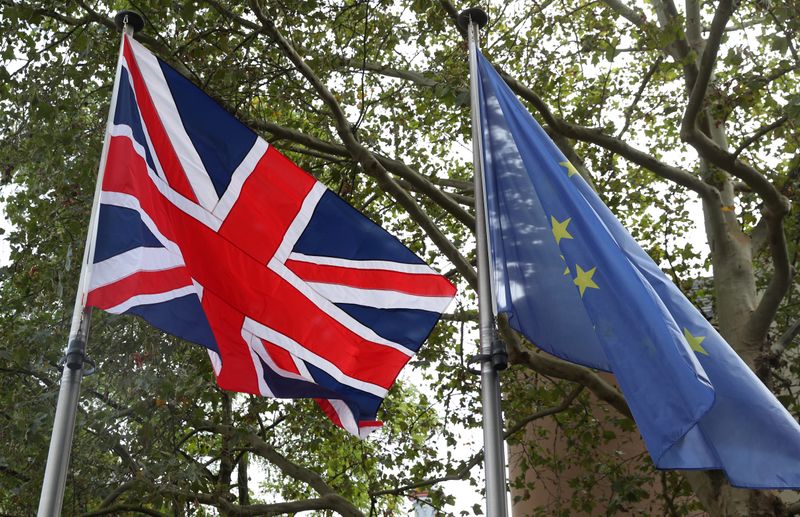 Britain left the EU in January, and full access to its single market ends on Dec. 31, leaving the UK’s 130 billion pound financial sector largely cut off from one of its biggest customers unless Brussels grants access from next January.

Katharine Braddick, head of financial services at Britain’s finance ministry, said it was “regrettable” that the EU was not prepared to consider UK access across a range of financial activities, in particular cross-border investment services.

The EU has so far only granted 18-month access for UK derivatives clearing houses, prompting Britain on Monday to unilaterally grant access to EU financial firms from January across selected activities.

Brussels said on Monday that it was up to Britain to spell out how it could diverge from EU rules after January before the EU can complete its assessments on UK access, given that access hinges on UK rules remaining “equivalent” to regulation in the bloc.

Braddick hit back on Thursday, saying Britain won’t grant further access to EU financial firms until it gets more clarity from Brussels on its own intentions for Britain.

“Some in the industry would have liked the UK to go further,” Braddick said.

“There are some decisions that it doesn’t make sense to make if they are not reciprocated,” Braddick told a City & Financial online conference.

Britain has raised concerns in Brussels by indicating it wants to tailor some rules inherited from the bloc, such as capital rules for insurers.

A review of UK financial rules post-Brexit is underway.

“This will allow us to consider how we may need to change the way that we make and shape our future rules,” Britain’s financial services minister John Glen told the conference.

Maintaining world-leading standards and ensuring competitiveness as a financial centre would be key priorities, Glen said.

“We will be guided by what is right for this country,” Glen said.