Home
/
Brexit
/
No deal on the horizon for financial services 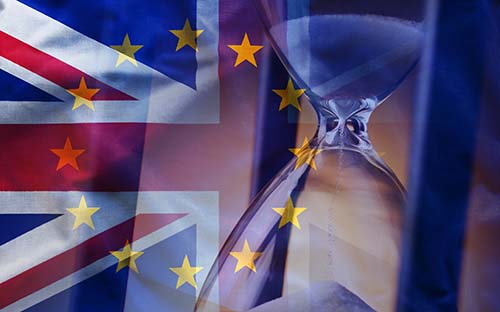 With the UK’s transitional membership of the EU ending in weeks and no trade deal in sight, Mark Latham examines Brexit’s potential impact on the highly interconnected cross-border European funds industry.

Assets in the UK’s funds industry shrank by more than 10% in the two years that followed the 2016 Brexit referendum, with more than US$1 trillion (€844 billion) of the $10 trillion assets previously managed in the City of London transferred to financial centres in the EU.

Luxembourg, the world’s second-largest fund domicile, has been one of the main beneficiaries of these transfers, the most high-profile of which saw M&G Investments redomicile €39 billion of client assets in UK-domiciled funds to the Grand Duchy.

A cursory look at the stats shows the depth of the relationship between the two countries. The UK accounts, as initiator, for 17% of net assets (€789 billion) in Luxembourg, second only to the US, which accounts for 21%.

A key driver of the growth of fund hubs such as Luxembourg and Dublin over the past three decades has been the ability to delegate the portfolio management of funds domiciled in Luxembourg or Ireland to financial centres such as London.

But, some fear, this ability to operate funds across borders could come under threat as other EU member states eye the opportunity to grow their funds sectors post-Brexit.

Nicolas Mackel, chief executive of the public-private Luxembourg for Finance agency, believes that, with just weeks to finalise a deal that could be ratified by all member states before the end of the year, “there is at least one certainty, and that is that financial services will not be part of the agreement”.

Mackel, whose agency promotes the grand duchy as a financial centre, points to the fact that even under Theresa May’s Chequers Plan – superseded by the later withdrawal agreement signed by her successor, Boris Johnson – financial services were only mentioned in two paragraphs in a 36-page document.

The former diplomat now expects trade in financial services between the EU and the UK to be conducted on the basis of “equivalences”, whereby each side permits trade to continue so long as the regulatory outcomes of the systems in place in the EU and UK are held to be broadly equivalent.

However, these permissions can be unilaterally withdrawn by the EU authorities with just one month’s notice in some cases, making long-term business planning next to impossible.

“I don’t think fishing is a problem for the UK government, but they understand that it is for the French and for the Spaniards, and if the UK blocks long enough, it can get a return for any concessions it will make at the very last minute on fishing.”

The result, Mackel warns, could be “a trade-off between cod and MiFID equivalences … Nobody will understand the relationship between these two things but that could actually happen”.

The best that the UK can hope for at this late stage, Mackel believes, is a market access regime that would be “very close to the present third-country regime but with a few marginal adaptations here and there”.

EU fund centres like Luxembourg and Ireland are keen that the delegation model continues, but that model could, says Mackel, come under threat “not directly by the equivalence regime, but by the regime of supervision and by changes to the regulatory framework. That is something you currently see the Commission relaunching in an attempt at changing.”

He adds: “The industry in Luxembourg has been very, very clear about the value of the delegation model and we will certainly stick to our guns on it.”

With 71 financial firms having so far moved activities and staff from London to Luxembourg (over 330 firms have moved operations from UK to EU countries), does Mackel not see Brexit as an opportunity to grow the industry?

“Of course, we would be in dereliction of our duties if we had not seen and seized this opportunity but there are different ways of going about it,” he replies. “Some [member states] have been very aggressive, we were not.

“Brexit is something that we have never, and never will, rejoice about, but it obviously was an opportunity, not only to grow Luxembourg in numerical terms, quantitatively, but also qualitatively.”

Examples of the latter include the growing number of asset managers adding MiFID entities, investment advisory functions and deal-making functions to their Luxembourg operations.

Asked about the impact of a hard Brexit on the UK funds industry, Mackel replies: “I struggle with understanding what the point of Brexit is anyway, and I struggle in understanding how our British friends see their future.”

“London was the entry gate for North American, British and other financial institutions to the European Union. Now London says it will ‘go global’ after Brexit, but what does that mean exactly? What geographic market will the UK serve?”

It is unlikely, he believes, that President Trump or his successor will allow UK fund managers to sell any new British fund structures in the US market. “I also do not see our Japanese or Indian friends, with their long track record of not being open in financial services, granting the UK the right to sell British funds in India or in Japan, not to speak of China,” he says.

“So where exactly is this globalised role for Britain actually going to happen? The Commonwealth?

“What exactly will the UK’s role be, beyond the political fog that has been created by the Brexiteers about being able to play unshackled by EU regulations?”

Mackel does not rule out the possibility of a last-minute deal being stitched together. “It’s a high-stakes poker game and perhaps there will be a compromise somewhere between 4am and 5am on October 15, but not now. Everything is still possible. I think it’s 50/50.”

Luxembourg for Finance estimates that in the two years from January 2021, around 3,000 jobs will be created in Luxembourg’s financial industry.