The UK is pushing ahead with sweeping reforms of the way specialist vehicles used by private equity and infrastructure funds are taxed as the government seeks to bolster the country’s appeal as an asset management hub at the end of the post-Brexit transition period.

A consultation published by the Treasury on Tuesday pledged to radically reform the tax treatment of companies used by alternative funds and some pension funds to hold assets.

Asset managers have opted to establish these holding companies in other jurisdictions, such as Ireland and Luxembourg, which have more attractive tax regimes for these structures than the UK, especially in the treatment of capital gains when money is returned to investors.

As part of the review, the Treasury said it would seek to “deliver an appropriately targeted, proportionate and internationally competitive tax regime for asset holding companies that will remove barriers to the establishment of these companies in the UK”.

The consultation will run until late February with the government planning to publish draft legislation during the course of next year before its inclusion in the Finance Bill, the Treasury document said.

The decision to push ahead with the shake up follows heavy lobbying by alternative investment managers.

“The UK has been losing ground to other jurisdictions as a domicile for funds and structured vehicles,” said Paul Hale, global head of tax affairs at trade body the Alternative Investment Management Association. “[Brexit] emphasises the need for an alternative location.”

The consultation is part of a wider review of financial regulations by the UK following its departure from the EU as it seeks to bolster London’s position.

“In the current environment it is a positive step that the government is keen to tempt asset managers to the UK with the offer of a new tax regime,” said Rhiannon Kinghall Were, head of tax policy at law firm Macfarlanes.

“Removing the barriers that exist around repatriating capital gains, withholding tax and hybrid rules will be vital in ensuring a successful regime, as well as designing sensible eligibility criteria. The end-game is that the UK becomes an obvious location for asset holding companies.” she added.

Irfan Butt of real estate funds tax partner, RSM, an accountancy firm, said much would depend on “how quickly the government can finalise the changes and how the main European companies will react to remain competitive”. 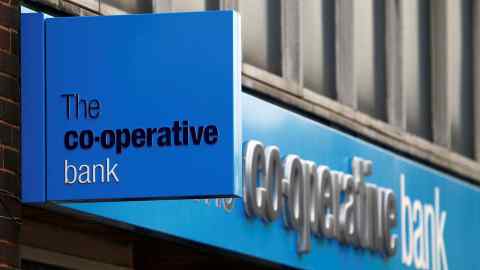 Luxembourg, Europe’s biggest fund domicile, oversees total assets under management of €4.7tn, of which €148bn is held in private equity funds, €108bn in private debt funds and €88bn in real estate funds, according to the Association of the Luxembourg Fund Industry.

Aima said the establishment of a dedicated UK regime for asset holding companies would bring ancillary jobs to the UK, such as fund administrators.

There are currently more than 7,000 asset holding companies used just by infrastructure funds, most of them located outside the UK. These companies have about 3,000 full-time employees and generate about £3.2bn in service fees, according to the Global Infrastructure Investor Association.