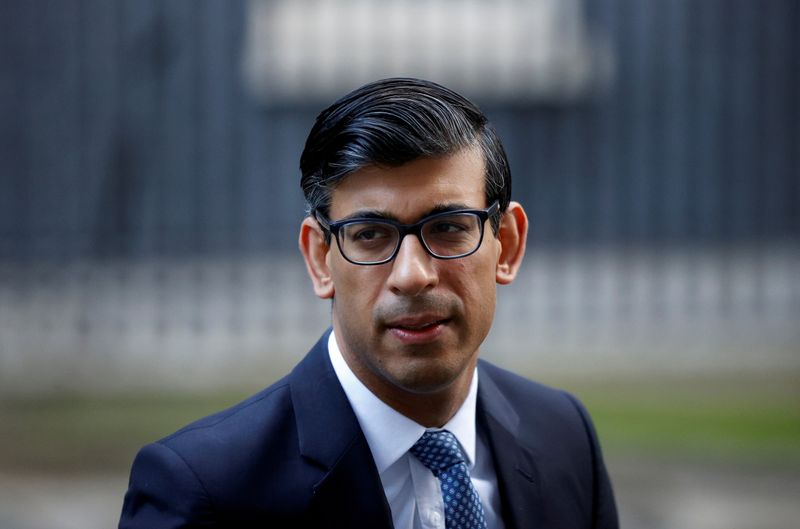 LONDON (Reuters) – British finance minister Rishi Sunak has said there is genuine progress in Brexit talks with the European Union, but that it would be better to walk away from a bad trade deal than tie Britain’s hands in the future.

Sunak, one of the few members of Prime Minister Boris Johnson’s senior ministerial team to have emerged from the COVID pandemic with an enhanced reputation, was thought to be one of the leading voices in the cabinet who wanted a free trade deal with the EU.

He told the Sunday Times that he hoped Britain and the European Union would secure an agreement.

“Every day I am reviewing bits of text, so there is genuine progress,” he said. “Certainly, it would be preferable to have a deal.”

But he added: “The major impact on our economy is the coronavirus. It’s absolutely not (a question of doing) a deal at any price.

“If we don’t get a deal, why is that? It is because they are refusing to compromise on what are some completely reasonable and very transparent principles that we’ve laid out from the beginning. We are not asking for … super-special treatment.”

The two sides have been locked in talks for months and, while officials say they have made progress in the last few days, a substantial amount still needs to be done for an agreement to be in place and ratified by the year-end deadline.

Sunak gave the interview ahead of a spending review on Wednesday when he will set out the government’s spending over the next year, after COVID-19 blew a 200 billion pound ($266 billion) hole in Britain’s finances.

He said he hoped that, by next spring, he would be able to start thinking beyond the current need to support the economy and jobs, and considering how he could return the public finances to a sustainable level.