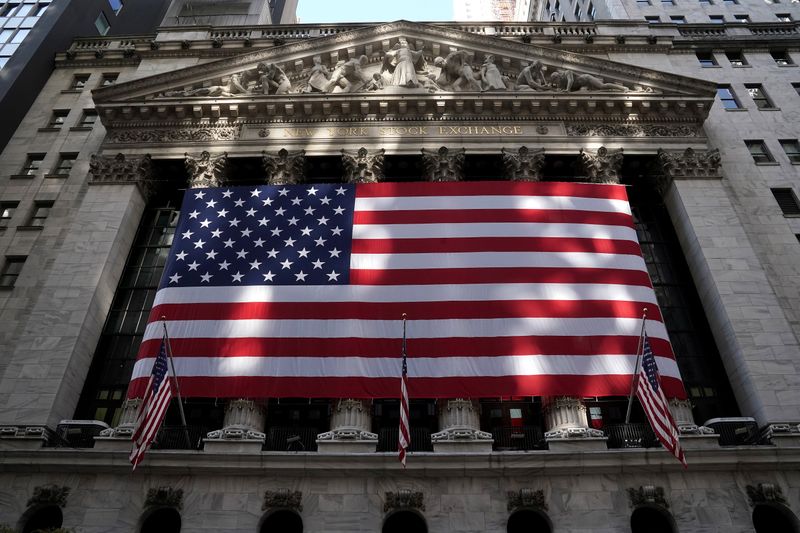 (Reuters) – U.S. stocks ended in positive territory on Thursday as fresh stimulus hopes buoyed investor sentiment toward the end of a session fraught with worries over mounting shutdowns and layoffs linked to spiraling COVID-19 infection rates.

“We’ve seen this playbook before, where investors flock to the safety of tech and growth when the economy shows signs of slowing down,” said Ryan Detrick, senior market strategist at LPL Financial (NASDAQ:) in Charlotte, North Carolina. “But everything changes now that there’s hope of the next stimulus plan.”

“Clearly markets are bouncing on that optimism.”

Even so, spiraling COVID-19 infection rates turned investors toward market-leading growth stocks that have shown resiliency to the pandemic.

“In a COVID world, semis are a safer play as they’re not impacted as much due to shutdowns,” Detrick added.

Record infection numbers have caused COVID hospitalizations to soar by 50% and have prompted schools and businesses to close once again, thwarting the recovery of the world’s largest economy from the deepest recession since the Great Depression.

Of the 11 major sectors in the S&P 500, energy () and tech shares () gained the most, while utilities () and healthcare () were the only percentage losers.

Third-quarter reporting season is nearing the finish line, with 472 of the companies in the S&P 500 having reported. Of those, 84.5% have beaten consensus, according to Refinitiv data.

Tesla Inc (O:) shares rose for the third straight session to touch a record high, riding the wave of its pending inclusion in the S&P 500, announced on Monday.

Advancing issues outnumbered declining ones on the NYSE by a 1.77-to-1 ratio; on Nasdaq, a 1.80-to-1 ratio favored advancers.

Volume on U.S. exchanges was 10.94 billion shares, compared with the 10.55 billion average over the last 20 trading days.