Law360, London (July 25, 2017, 12:28 PM BST) —
Britain’s finance watchdog on Tuesday warned firms that have missed the deadline to submit crucial information for compliance with European Union reforms to investment services across the bloc’s banking system that they must have contingency plans in place. 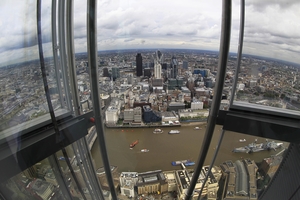 The Financial Conduct Authority says firms will face civil, regulatory or even criminal consequences if they continue to trade without authorization after failing to apply for waivers in time. (AP)

The Financial Conduct Authority gave firms a July 3 deadline to submit applications for waivers to allow them to comply with the Markets in Financial Instruments Directive, known as MiFID II. The sweeping rules enter into force across the EU from January 2018 and will have an impact on every aspect of banking and trading activity.

Firms that missed the deadline set six months ago face penalties if they continue trading from January without proper approval, the FCA said. The regulator indicated it is now busy with those forms that were submitted on time and would have little resources to dedicate to firms that have filed too late.

“We will determine complete applications received after 3 July, 2017 within six months, but we cannot guarantee to do so by 3 January 2018,” said the FCA. “Such firms will therefore also need to have contingency plans in the event that by 3 January 2018 they do not have the required permissions.”

The FCA said there will be civil, regulatory or even criminal consequences for companies that continue to trade without authorization after failing to apply for waivers in good time.

The scale of the changes from the original 2007 directive, which were driven by reform after the 2008 financial crisis, has overwhelmed firms and even the regulators. The introduction of MiFID II has been postponed by 12 months until January 2018 as a result.

Even so, firms have struggled to cope and are lobbying hard over the reporting requirements.

Because so many new products are brought within the new rules firms that are active in many areas of finance can apply for waivers to excuse them from the more onerous requirements if they meet certain criteria. There are numerous areas within trading for which the FCA can grant waivers, but only if they are first approved by European regulators. That is why firms were urged to get their papers to the authority in good time, the FCA said.

MiFID II, one of the most disruptive legal regimes to enter into force, encompasses activities from securities trading and data recording to requirements for transparency over research costs. The regulation has been cited by banks, lobby groups, law firms and professional services firms as the most challenging and costly in the sector for 2017.

On July 3 the FCA published its second and final policy statement on MiFID II and its sixth consultation paper on planned changes to its handbook concerning the formidable new law.

The regulator proposed fees for recognized investment exchanges operating trading venues. This is part of the requirement in HM Treasury’s laws that the operators join the Financial Services Compensation Scheme, which is the U.K.’s statutory deposit insurance and investors compensation program for customers of authorized financial services firms.

The consultation runs until Sep. 7, 2017, and the FCA said it would finalize the necessary rule changes by November 2017.

MiFID II was drawn up in the aftermath of the 2008 financial crisis to help improve the functioning of the EU’s single market by applying more consistent regulatory standards across member states to make financial markets more efficient, resilient and transparent.

Much of MiFID II is directly applicable and would override domestic laws. But the FCA has extended some of the standards in a process known as “gold plating,” whereby it has pushed past the minimum level required by EU law.

The FCA said it had to weigh questions of consumer protection and the integrity of the U.K. market against the costs for firms and the extent to which Britain remains an attractive location for international financial institutions.