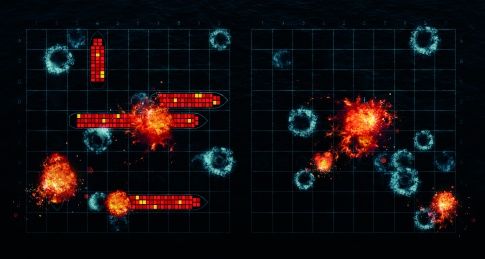 There is a sense from advisers that the regulator has “declared war” on small firms, according to financial services consultancy The Lang Cat.

Speaking at a breakfast briefing this morning about the research behind the firm’s State of the Adviser Nation report, Lang Cat principal Mark Polson suggested some adviser firms could benefit by engaging more with regulation.

Consulting director Steve Nelson also highlighted advisers have a “collective frustration” with the regulator and that a feeling of “overly laborious requirements and box ticking” comes through very strongly.

He said advisers express concern about scam artists and people they perceive to be offering lower value for money.

While he stopped short of calling it a “siege mentality”, he explained that there is a level of frustration “bubbling away” based on the sentiment analysis conducted by the Lang Cat.

But Polson was happy to go a “bit stronger” and said smaller firms often come out as seeming more cross.

“I definitely get the sense there is a bit of that siege mentality. Like ‘what now? For the love of god, what have we got to deal with? What terrible stuff did we do today?’”

But he recognised the advice sector does an “astonishingly good job” and does not get “nearly enough” credit for that.

“It’s amazing how little nonsense goes on,” he said.

Polson indicated a “little bit of credit” from the regulator could go a long way and that changing some of the language used could help sort out the perceived relationship advisers have with the regulator.

He also outlined the FCA has a difficult job to ensure things are done correctly as advisers have access to powerful technology and tools for portfolio management.

He joked: “An IFA can wake up after a bad tequila and put everybody into smaller Japanese equities just because they want to. They will probably go to prison if they do it, but it doesn’t matter as they could.

Damian Davies: Prod is not as scary as it sounds

“And that frightens the hell out of regulators. That’s really tough. It should be no surprise that the regulation follows on to try and make sure things are being done right.”

Referencing a multi-asset provider’s roadshow earlier this week, Polson highlighted some advice firms have not fully engaged with regulation frameworks such as the Product Intervention and Product Governance Sourcebook, also known as Prod.

“There were about 110 firms in the room and not one had engaged with it or even the bit that matters to advisers.”

He said he has been trying to discover why people do not want to engage and said there are some “good things” in the rules that would help advisers.

Polson told delegates at the breakfast briefing that one of the main responses advisers give about not engaging with Prod is because it is “not like RDR”.

“Prod and Mifid II are the biggest things to hit since RDR. But RDR was like a punch in the face, it changed how advisers charged for their services, it changed all kinds of stuff very explicitly, very fast.

“This is much more environmental. And so, people aren’t feeling the burn in terms of having to do it.”

He suggested there is a need to “separate out the practice of financial planning and the intermediation of products and services.”

Polson said: “The industry or profession conflates financial planning and the intermediation of products and services and it needs to pull them back apart a little bit. Because the pushback we hear constantly is ‘regulators don’t understand, it’s not real, it’s got bugger all to do with my clients, they don’t need the disclosures’ and all that kind of stuff.”