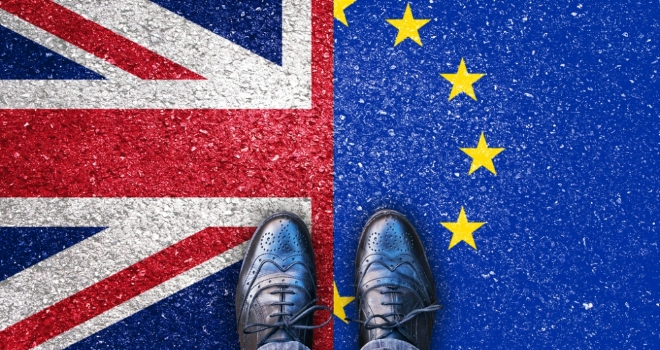 “As we fast approach the end of the transition period, we are seeing some firms act on the final phases of their Brexit planning, including relocations.”

With just three months to go until the end of the Brexit transition period, financial services firms are continuing to relocate staff and operations to Europe, according to the latest research from EY.

Its data shows that over 400 UK financial services role relocations to Europe were announced in the last quarter, taking the total number of jobs leaving London to over 7,500.

This is despite the Covid-19 pandemic and consequent restrictions to the movement of people, which has made it harder to relocate people and adds complexity for those who were looking to commute to EU locations.

Since 2016, 40% of firms monitored by the EY Brexit Tracker have confirmed at least one location in Europe where they are moving or considering moving or adding staff and/or operations to.

Twenty-four of the largest financial services firms (ten banks, nine insurance providers, and five wealth and asset managers) have so far announced an intention to transfer assets out of the UK to Europe ahead of Brexit. Not all firms have publicly declared the value of the assets that could be transferred, but of those that have, EY suggests a conservative estimate of £1.2 trillion, up from £1 trillion at the end of 2019.

In the past nine months, the Tracker has recorded increased public announcements from wealth and asset management firms on regulation change post-Brexit. Since January, some of the largest asset management companies – representing around £13 trillion AUM – have spoken out on the issue of whether the UK should align with or diverge from current EU regulatory frameworks. As negotiations continue around a UK/EU deal for financial services, major investment firms are publicly adopting a vocal position on the continued use of MiFID II, the relative value of the UCITs framework and how London can remain a leading sustainable finance hub.

Omar Ali, UK financial services managing partner at EY, commented: “Many financial services firms had implemented the bulk of their relocation plans before the start of the year, and we saw very little movement in the first half of 2020. But as we fast approach the end of the transition period, we are seeing some firms act on the final phases of their Brexit planning, including relocations. This is despite the pandemic and consequent restrictions to the movement of people, which is clearly making it harder to relocate people and adds complexity for those who were looking to commute to EU locations.

“With the prospect of a deal between the UK and EU still hanging in the balance, many firms still remain in a ‘wait and see’ mode. The pre-trade agreement, set to be finalised at the end of October, means we could yet see a flurry of further staff and operational announcements in the weeks that follow. But the clock is running down, and with the possibility of a second Covid-19 spike threatening cross-border movement in the final three months of the transition period, firms must now ensure that as a minimum they will be operational and can serve clients on the 1st of January 2021.

“As we approach the final deadline, the lack of clarity around future trading agreements is fuelling ongoing debate within the financial services sector. The time has now passed for firms to rely on short term equivalence assessments that would align to EU rules, and the sector’s attention is increasingly focused on the longer-term outlook. Firms are looking at new standards that will support the UK industry beyond the initial post-Brexit phase, ensuring it remains a leading global financial centre.”