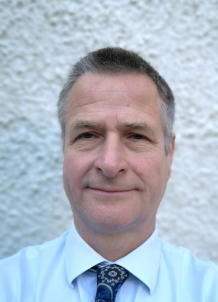 Without confidence in the financial services sector and its personnel, people do not invest for the future nor consult a financial adviser with whom to build a long-term relationship. Hence anything that happens to increase public confidence, or damage it, is a big deal for the industry.

Public confidence crops up in two very different contexts when speaking to Bruce Macfarlane, partner at Northern Ireland-based advice firm Capital Trust Financial Management, in relation to local government and the investment world. Towards the end of last year, Macfarlane contributed to an article in Money Marketing that looked at the issues faced by financial advisers in Northern Ireland. One of the challenges mentioned was how the collapse of the devolved government of Northern Ireland in 2017 had left this part of the UK without a local voice.

With the New Decade, New Approach deal suddenly resurrecting the executive in Northern Ireland in early January after a three-year hiatus, Macfarlane believes the resulting increase in public confidence could have a knock-on effect on financial services in the region.

“The restoration of the executive in Northern Ireland will help restore an element of confidence in the public that was missing for the past couple of years,” he says.

“A lack of confidence sometimes impacts on the ability of people to make important decisions, including those of a financial nature, so hopefully all involved in the executive can now get Northern Ireland moving forward again in terms of all the services that improve people’s lives and livelihoods.”

However, as an adviser specialising in investment, Macfarlane sees some blots on the landscape such as the much-publicised collapse of Woodford Investment Management.

The decline of the UK’s star manager

He adds that Woodford’s ‘fall from grace’ has already caused the industry to take a long, hard look at itself in relation to oversight, stock concentration and liquidity.

“This has already caused a knock-on effect with other well-known investment managers who are now having to address how they manage their client assets,” says Macfarlane. “The huge amount of media coverage will certainly have damaged public confidence in the internal checks and balances within the industry that are supposed to reduce the investment risks involved.”

Although Macfarlane views all this as making the adviser’s job more important, he adds that it also puts more responsibility on their shoulders.

“There’s the view that, as an adviser investing with Woodford, you should have been aware of the issues and maybe gone to the clients before the problems came to a head to suggest that they move,” says Macfarlane.

He points out it would been hard to predict this happening to a high-profile fund, but acknowledges that advisers should scrutinise even so-called star managers.

“Gone are the days when you just picked the best names and put your money with them,” says Macfarlane “I don’t mean that they don’t have good funds, but you do have to delve a bit deeper into them.”

What’s the best piece of advice you’ve received in your career?

An investor who proclaims to know all the answers doesn’t even understand the questions.

What keeps you awake at night?

Very little nowadays, thankfully, and I tend to sleep well.

What has had the most significant impact on financial services in the past year?

The increased regulatory burden. Balancing the rule changes and new rules such as SMCR is very costly and time consuming to businesses, particularly smaller companies that provide retail financial advice.

Look to see how I could simplify the rules in order to reduce the regulatory burden while at the same time protecting and providing confidence to the investing public.

Any advice for new advisers?

If you put your clients first, you will be rewarded by their loyalty and trust, which will be a sound foundation on which to build your business.

Macfarlane and Capital Trust founding partner David Lamont have been advising clients on investments for more than 30 years. Unlike some firms, which outsource investment management to third parties, they still design and build investment portfolios. Macfarlane acknowledges that doing this has become more difficult due to increasing regulatory requirements, but says subscriptions to services such as FE Analytics are helpful.

“FE Analytics gives you in-depth qualitative and quantitative analysis so you can drill into funds on a holdings basis,” he says. “The fundamentals of being an investment adviser have not changed over the years but obviously regulation has had a big impact on cost and time. While I am in favour of regulation, it has created an advice gap that will have priced smaller investors out of the market.”

“It’s good if used correctly,” he says. “But, like a newspaper, the information is generic and does not provide investors with bespoke regulated advice. If this is what they require, there will still be a need for an adviser.”

Part of the role of an investment adviser is to support clients in periods of increased volatility, but Macfarlane says the Mifid II ‘10 per cent drawdown rule’ makes this difficult. It requires advisers to inform clients by the end of the business day if the value of their portfolio drops by 10 per cent or more from its value at the start of the previous quarterly reporting period.

“It is more likely to panic investors into selling their investments at the worst possible time,” says Macfarlane.

Another challenge for investment advisers is curbing client expectations, because investors are unlikely to see the returns they have enjoyed in previous decades.

“The way we do it is not to ‘over-egg’ the portfolio. We let it do whatever we feel it can do and, if it exceeds expectations, the client is happy,” he says.

“They understand volatility,” says Macfarlane. “For a client who has been with us for 20 years or so, it all averages out and they get a decent return if they are in the right assets.”

Macfarlane worked as a trainee quantity surveyor before moving into financial services.

“After a few years filling time, I was approached in 1987 by a school friend who had already been working in the financial services industry for a number of years,” says Macfarlane. “He had seen the opportunity to carve out a financial services business from what was then a family-owned general insurance brokerage.”

Macfarlane was offered a job there and that business developed over the years into Capital Trust Financial Management Ltd.

Macfarlane says Capital Trust plans to continue its ‘steady as she goes’ approach to looking after clients, old and new.

“With a client bank that is relatively mature in years, we foresee intergenerational investment and tax planning becoming a greater part of the service that we provide,” he says.

What Is MiFiD | Largest collection of MIFID II related articles & videos all in one place© 2020.

MiFID II_ Data for transaction reporting
We use cookies to ensure that we give you the best experience on our website. If you continue to use this site we will assume that you are happy with it.Ok