Home
/
MIFID Regulations
/
Should IFAs be able to self-insure their PI bills? 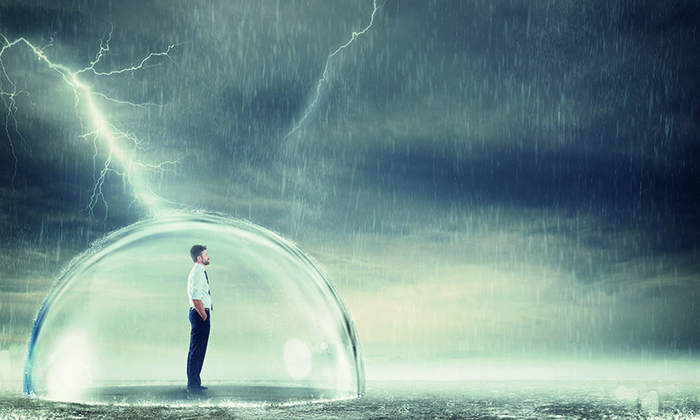 Debate is raging over whether or not financial advisers could self-insure their businesses rather than seeking expensive professional indemnity insurance.

Evidence is mounting that the defined benefit transfer boom is waning – partly due to mounting PI premiums and reduced cover.

The conditions have forced some IFAs to consider original ways to remain in the market while staying on the good side of the regulator and underwriters.

Some IFAs have asked the FCA if they can self-insure against the risks of transfers through holding additional capital, rather than going to an external PI provider.

This is to get around the common problem of not being able to get favourable terms for cover that meet the rules in the FCA’s handbook. These are that an adviser must have cover of €1.25m (£1.1m) for a single claim and €1.8m in aggregate. This applies if the firm is an insurance intermediary under the Insurance Distribution Directive.

The current rules also say a firm is not required to maintain professional indemnity insurance if a bank, building society or an insurer provides the firm with a comparable guarantee. This comparable guarantee must be an enforceable written agreement on terms equal to the minimum indemnity limits the FCA would require of that firm.

Money Marketing is aware of an IFA who set aside extra capital to self-insure as they believed it complied with the rules and would allow them to continue advising on DB transfers. They did this as the PI quotation they were offered in the latter half of 2019 was deemed inadequate – the aggregate exposure was only £500,000.

The IFA wanted to see if there could be a formula to assess whether a specific level of capital could be adopted as an alternative to insurance, for example, holding capital equivalent to the aggregate PI insurance limit.

When the IFA asked the FCA about their idea the watchdog said the firm could not use extra capital to self-insure and continue transfers. The watchdog added that the firm must maintain adequate PI insurance at all times and there are no rules for a firm of its type that allow it to continue with DB transfers with only part insurance and part capital.

But is the FCA right that holding additional capital within an advice firm, rather than having a formal PI policy through a broker, is not good enough to guard against the risk of DB transfer failure?

A host of nuances come into play. A close reading of the FCA’s handbook shows there are several limits of indemnity based on the classification of the firm involved. This is important as capital adequacy limits change based on that classification.

So an IDD insurance intermediary must have PI cover no lower than of €1.25m for a single claim and €1.8m in aggregate, according to provision IPRU-INV 13.1.10.

But the next clause – IPRU-INV 13.1.11 – says a firm exempt from the Capital Adequacy Directive under Mifid II needs only €1m for a single claim and €1.5m in aggregate.

These limits are clear, as are the minimum levels of capital reserves a firm would need to hold in addition to its insurance (see table below).

However, these are only minimum levels; the FCA’s rules say firms should hold more capital if required by their circumstances. So what is to stop an adviser holding enough for both the insurance and capital adequacy limits in one segregated pot?

When the IFA that spoke to Money Marketing wrote to the FCA asking if they could self insure, the FCA said it could not advise on how much capital it should hold.

The IFA says: “I understand what the FCA is doing, but it is not right. The misinformation in the market is due to the FCA’s ambiguous rule book. If underwriters moved out of the PI market, advice business would stand still and there would be systemic risk. The FCA has not got any control over the market.

“The two things that concern me in the FCA’s response are, firstly, its policy seems to be deviating from what is stated in the rule book and, secondly, if I vary my permissions, [opt out of being an IDD insurance intermediary] it has wider ramifications in the context of my wider pensions and investment business, of which I was not aware.

“In its response the FCA says I might need to check whether the variation of permission I have submitted means I am unable to advise on insurance based pensions.”

The IFA adds that many other advisers that obtained insurance from the PI provider they turned down have since been notified by the FCA that their aggregate indemnity limits are insufficient.

This points to the gap between what the rules suggest an IFA must do in theory and what happens in practice.

A number of brokers and compliance consultants say it is possible, at least in theory, for an IFA to self-insure, but have not seen any real example of it yet.

O3 Insurance Solutions managing director Jamie Newell says: “It’s possible but unwise and each case will be treated, as I understand it, on its own merits. I am aware of a couple of firms that were quoted in excess of a £1m premium, but were not permitted to self-insure.”

Tenet group risk and regulatory director Caroline Bradley agrees an IFA could in theory self-insure, so long as they meet the necessary limits within the IPRU rules.

However, she adds: “What is less clear for any self-insuring IFA is how the ‘insurance funds’ are differentiated from the other assets of the business. Given the bare minimum amounts of capital required for any firm (€500,000 to €1.85m), this is a significant sum for any individual IFA to hold separate in a clearly defined account.

“The real issue, however, is not what insurance cover/self-insurance advisers have in place today, it is what they might have in place 10 years from now when a claim might arise.”

Would she advise IFAs to explore the possibility of self-insuring if they cannot get PI cover?

“It is not something we believe is to the benefit of the industry as, unless the regulator forces firms that self-insure to hold funds in designated client accounts, the guarantee that any funds would actually be available to pay a claim is non-existent,” she says.

“As a result, all ‘self-insurers’ will almost certainly result in claims being pushed to the Financial Services Compensation Scheme when they fall into default.”

How to define risk?

These observations all flag up a central problem: the definition of risk in the DB market changes depending on how you ask the question.

Risk factors can be the volume of DB cases a firm has written, the size of transfer values, and the processes adopted. A particular challenge for IFAs is that even if their exposure to risk is low, the cost of defending just one DB claim can sink their business.

Threesixty managing director Russell Facer says: “We are stuck between a rock and a hard place. There is a commercial cost to a firm defending against a complaint. Even if you have not given wrong advice, you have to defend against it and that costs money. We had a client who was caught up in the endowment review about 15 years ago. They ended up selling the business and the proceeds of the sale were used to fund the claims being processed, and next to no claims were ever upheld.”

Facer adds that he can understand why the FCA is not keen to say how much capital a firm specifically needs to cover itself against DB risks as there are so many individual variations.

He also points out the regulator’s Dear CEO letter from 21 January to advisers makes clear that IFAs with exclusions for particular business lines such as DB transfers or sub-limits below the minimum total cover of €1.85m cannot self-insure.

The letter says: “Some firms have excesses on claims which are at such a level as to render the cover materially ineffective. In those circumstances, we [FCA] take the view the exclusion/excess or sub-limits unreasonably limit cover and do not comply with our rules.”

Is there room for optimism, given all these complexities? Facer answers: “All issues identified should be an opportunity to learn and improve for the future. We all want to reduce the FSCS levy, improve the quality of advice and for PI to risk rate firms.

“Things are expensive at the moment, but we are working through that, and gradual improvement is a constant.”