Home
/
MIFID Regulations
/
What have the first set of value statements taught us? 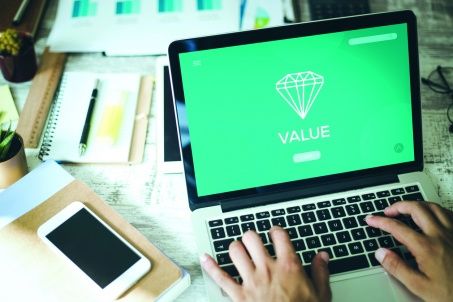 Market-watchers have been eagerly waiting for fund managers to produce ‘value statements’ since the FCA introduced new rules last year.

While some flew under everybody’s radar, buried in the depths of hundreds-of-pages-long annual reports, over the winter, late last month, several fund groups came forward with reports specifically made for the occasion.

Hargreaves Lansdown’s findings have caught the greatest attention so far. The board’s ruling that its multi-manager fund range offered value, despite high charges and underperformance, as well as its failure to refer to funds’ high exposure to the collapsed Woodford funds in the 78-page document, raised industry commentators’ eyebrows.

“The first few value reports are out, and the quality is as variable as the performance of funds in the market,” says Square Mile Investment Consulting and Research commercial director Steve Kenny.

Will the value reports become just another investor document that no one reads, or will they prove a useful go-to tool in advisers’ due diligence?

After the FCA found that funds consistently do not consider whether they provide value for their investors, it took aim at improving governance.

The FCA introduced a requirement for fund boards to have a minimum of 25 per cent – or at least two – independent non-executive directors, and tasked them to assess whether the fund provides value to investors.

Boards should then produce snappy, investor-friendly, jargon-free summaries to help investors understand whether they are getting good value or not – as this could be difficult for the average investor to work out from the existing fund documents they receive.

The requirement first came into effect on 30 September 2019, but many experts had predicted a slow start.

Unlike some of the other recently introduced pieces of regulation like Mifid II, the assessment of value is not particularly prescriptive and gives fund groups plenty of freedom to justify how they provide value to investors.

The FCA laid down a “non-exhaustive” list of seven criteria on which funds should assess value. As the FCA likes to stress, it is a “principles-based” regulator. By leaving the assessment open, it hoped to drive up competition in the asset management space.

KPMG wealth and asset management regulatory adviser Iulita Georgieva notes that while value is specific to a firm and the funds it offers, firms will be reading other firms’ assessments and weighing up whether their own reports are “as clear and investor friendly as they should be”.

Georgieva says: “I expect that subsequent editions of these documents will improve, and that the industry will soon establish what’s good practice.”

Only very devoted readers might stumble across the value assessment for Aviva Investors’ 23 passive funds, as these can currently be found on page 681 of the annual and financial statement report for the Aviva Investors Authorised Contractual Scheme.

The one-A4-sized-page value assessment report sums up the value of all the sub-funds in one go.

In the performance part of the exercise, the board has concluded that the overall performance of all sub-funds “after charges, relative to its investment objectives, policy, and strategy” was deemed to be “within the reasonable range of outcomes based on the various time periods reviewed and the information considered in the assessment”.

It then simply goes on to say that a detailed explanation of the last 12 months’ performance is included in the Investment Manager’s Report for each sub-fund in the same document. While such a solution meets the FCA’s criteria, it did not particularly make the job easy for investors.

A spokesman for Aviva Investors says the document was meant for “internal institutional investors”. The firm has since published documents aimed at retail investors.

There, on the penultimate page, number 122, it reads: “It is the opinion of the ACD that the fees charged to the scheme property of the funds represent value for money for investors taking into account the criteria set out by the regulator.”

Here again, note the investor has to take their word for it in the absence of the assessment itself, but the phrasing is not jargon-free.

Unicorn has no plans to produce a separate document in the future.

A spokeswoman for Unicorn says: “The annual Assessment of Value report must be explained annually in a public report within four months of the funds’ accounting year end.

“Unicorn believes that the logical place for publication is within the report and accounts.”

Rathbone Brothers, Vanguard, AXA Investment Managers and Hargreaves Lansdown, on the other hand, were among fund groups that released value assessments in separate documents.

Commenting on Rathbones report, Square Mile’s Kenny commends the inclusion of a ‘culture’ section in addition to the seven FCA-prescribed criteria.

He says: “This is in my opinion a valuable addition; the regulator has highlighted in a number of reports that an organisation’s culture is crucial in shaping how it deals with its clients.”

There was another additional criteria that some would have welcomed, however.

Commenting on published value reports, Ayres Punchard Investment Management managing director and chartered financial planner Chris Welsford says: “Given the importance of the 17 United Nations Sustainable Development Goals, and the fact that environmental, social and governance factors are now recognised as playing an important role in delivering longer-term outperformance, one might ask why these aspects were not included as part of the self-assessment criteria.

“How is the fund helping to meet the SDGs and in what way does it employ ESG analysis to drive long-term out-performance for investors? That would make interesting reading.”

He adds: “It might have helped counter possible short-term bias when it comes to performance reporting.”

Vanguard, whose founder invented passive investing, has made a name for itself as a price disruptor. Its value report showcased this legacy. It also highlighted how it was able to use the global infrastructure it was able to build as the world’s second biggest asset manager to pass on savings to their investors.

Vanguard has experience in measuring and communicating value. Last autumn, the fresh entrant to the UK advice market introduced a framework for assessing value of advice.

Square Mile’s Kenny says: “The Vanguard report, if being critical, is disappointing. As it was able to draw on the experience from the US where reports of this type have been produced for a number of years, my expectation was therefore for something more than was issued. It highlighted the point on its competitive pricing position, which while important is only one of the pillars.”

But Fairview Investing co-founder Ben Yearsley commends the report, saying it was done in “a simple  and easy-to-understand manner”.

In the wake of the assessment, Vanguard identified room for improvement.

After stating that Vanguard provides good value for money to UK investors, Vanguard board chair James Norris notes that, “in the spirit of what the FCA is trying to achieve”, the board recognised it should not be complacent.

Yearsley says: “It was interesting that they criticised a couple of their own funds. I liked the traffic light system they have – it makes it simple to see where they think they are falling down.”

Hargreaves Lansdown’s board was also satisfied that its multi-manager range offers value to its investors – particularly when it comes to economies of scale.

The report says the business development team works to reduce the cost of the underlying funds to investors. It said: “Every saving they achieve is passed directly on to investors.”

However, this did not necessarily translate into cheaper charges for investors in individual Hargreaves multi-manager funds.

Hargreaves’ Multi-Manager UK Growth fund is 50 basis points more expensive than the mean average in the sector, for example.

Blue Whale Capital is not due to publish its report for another few months, but the investment officer and fund manager Stephen Yiu sees the requirement as an “exciting” development.

Yiu says: “I think there is a lot to be said [for the assessments]. I think the industry needs to be exposed and see why people are still putting in these funds. They haven’t done well in years.”

He hopes the reporting requirement will help to separate the wheat from the chaff: “Anyone who can’t outperform the market over the long term should be gone,” Yiu says.

Summing up the first reporting round, Kenny says: “There were no real horror stories in there, but the challenge will be when one of these very disappointing funds are covered – how is it dealt with and what are the proposed remedial actions?

“The market then needs to challenge the asset manager in one year’s time – has the remedial action worked and, if not, what’s next?”

The coming weeks will see more and more reports released. Will they reach the eyes of the end client? Few believe so.

Georgieva says: “It’s likely to take some time before these documents become recognised by investors as important, useful and essential to read.”

But even though these documents may never be read by your mum-and-dad investor, the requirement itself has already led to material changes, which has meant better outcomes for customers.

Rathbones has shifted almost two thousand investors to a cheaper class. More such moves will likely follow. Value reporting is done on share class level and exposes where investors are kept in a more expensive share class when an equivalent with a lower annual management charge is available.

Georgieva says: “Distributors, fund selectors and commentators are reading them and factoring them into their own communications with their clients. Value is being assessed.”