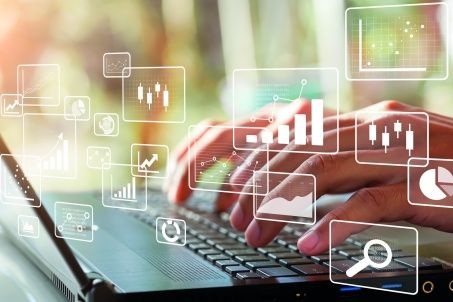 Every so often, the FCA publishes a whole bunch of responses to requests it has received under the Freedom of Information Act for the world to see.

It’s a neat way of adding a bit of transparency to the process; here’s some common questions we get asked, and we can tell everyone how we responded, not just the person who asked the questions.

FOI requests are a popular way of getting insight into the way the regulator works. Amid the tens and tens of responses the regulator released on Friday, we’ve picked out some of the ones advisers might want to keep an eye on.

In June 2019, the FCA published the results of a large-scale data collection exercise around DB transfers. It showed that over a quarter of firms are happy to work with insistent clients, and 70 per cent of clients were told to transfer out despite the regulatory position being most should stay.

In Spring last year, an FOI was filed to ask about the lay of the land since then. As a result of the FCA’s visits and desk-based reviews, 32 firms had stopped providing DB transfer advice, the FCA said, and 745 firms had amended their permission because of the watchdog’s interventions.

79 advice firms were visited as part of the FCA’s 2019 review, and 1,649 firms received detailed feedback on areas of practice they needed to review in their advice model.

The FCA’s action is quite understandable when you see quite how rapidly transfer volumes have increased, as other data released under the FOI aptly shows:

The coronavirus outbreak naturally impacted how the FCA had to go about its business. Was it able to do any in-person visits to advice firms? This is what one FOI asked of the regulator in May.

No advice firm had been visited by that time, the FCA confirmed. However, its supervisory work had continued, it said.

“Most supervisory work can progress without a visit to the firm’s premises, and we can obtain and review data and documents through electronic submissions,” the regulator writes.

Independent vs restricted: The great divide?

Some eight years on from the RDR, we are finally starting to see a picture emerge of how the number of restricted advisers is shaping up to that of independent advisers.

And for those who said that the increased burden of regulation would make it impossible to operate as an independent adviser anymore, well there are still more IFAs out there than restricted planners; roughly 18,400 compared to 11,700 tied advisers.

A dearth of data on diversity

Gender representation and pay gap reporting has made its way up the agenda in recent years. This is reflected in a question asked of the regulator about how many women and how many men applied for controlled functions under the senior managers and certification regime. Unfortunately, it looks like men were nearly four times as likely to throw their hat into the ring.

Less has been said, however, around the representation of ethnic minorities in the financial services workplace. Another FOI request in this latest batch confirms that the FCA doesn’t ask for any data on the proportion of CF30s who are black, Asian, or minority ethnic. Overall, however, it was able to say that CF30 numbers are on the up – from 81,068 in 2017 to 83,069 at the end of 2019.

When it comes to clamping down on rogue firms, the FCA has a range of tools in its arsenal. One of these is the so-called ‘skilled person’ or S166 review. Where the regulator suspects foul play it can send in an expert investigator to report on its concerns, paid for by the firm under review.

In among the treasure trove of FOI data is a request asking how many skilled person reviews were commissioned by the FCA in relation to financial advice firms during the past three years.

The watchdog was forthcoming: in 2017-18 there were four reviews, in 2018-19 there were two, and in 2019-20 there was one. S166 actions are pretty severe as supervision exercises go, so the small number shouldn’t surprise us. Nor should the cost; for the reviews that were completed, firms have been billed more than £303,000.

“Would you be able to find out how many regulated individuals work for firms with
discretionary fund manager permissions?” was the polite request made of the FCA last April by one FOI sender. Sure, replied the regulator.

To count as a firm with DFM permissions, the FCA took this as meaning firms which are authorised to manage a UCITS or alternative investment fund.

The point of no return

Life is tough out there for the advice profession. While overall adviser numbers have crept up in recent years, other data the FCA released suggests that a few more firms are deciding to call it a day in the face of increasing regulatory and cost pressure.

There was also an increase in the number of advice firms that just reduced their permission to advise in some way; from 32 to 79.

The next request is one that we at Money Marketing originally filed ourselves, and has now made the public register. It concerns questionnaires sent to financial advice firms regarding their acquisition practices. We had become aware that surveys were being sent round to firms asking if they planned to increase charges post-deal, whether run-off professional indemnity insurance was in place, and who would own the majority of the client bank once all was said and done.

The watchdog initially said there was too much information to go through to give us a full year by adding up the numbers on scores of deals, so we asked for a random week from April 2019 to see what snapshot we could get our hands on.

Of the 24 cases around acquisitions that hit the FCA’s change of control team desk that week, none said they planned to increase fees for clients. Two new owners specifically said they would not increase fees.

One proposed acquirer did say it would take ownership of a client bank though, so that’s sorted that out.

Alternative investments? On the up

In April, the FCA responded to a request asking for the number of alternative investment fund manager and Mifid firms authorised to manage investments who also reported unauthorised business to the FCA.