The measures being considered to prevent the spread of strains from Brazil and South Africa include requiring some or all international arrivals to quarantine in hotels for up to two weeks.

It would further reduce travel to Britain and deal another body blow to tourism businesses that are already fighting for their survival. 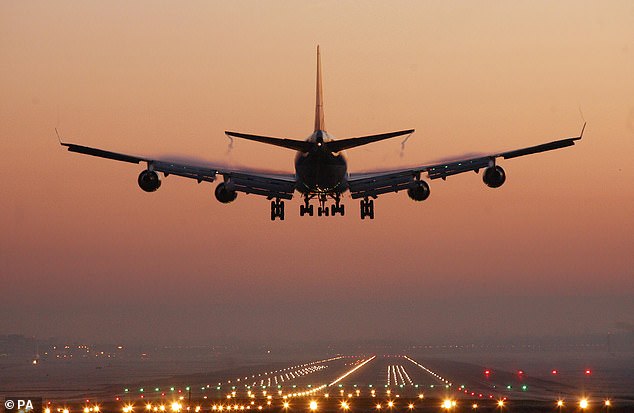 Yesterday it was claimed that Chancellor Rishi Sunak – previously an advocate against stricter measures – had backed the quarantine idea and other European governments were said to be looking at similar moves.

Engine-maker Rolls-Royce, which relies on the airline industry for business, also fell 4.8 per cent, or 4.95p, to 98p. 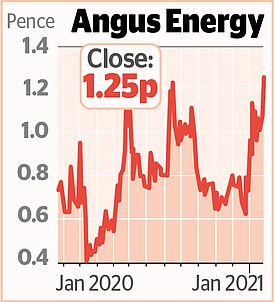 Shares in Angus Energy rose as the firm moved a step closer to resuming production at a dormant site.

It wants to restart operations at the Saltfleetby onshore gas field, off the coast of Lincolnshire, which closed under prior owners in 2017.

Angus acquired a 51 per cent stake in the field in 2019 has been trying to get it reconnected to the National Grid.

A survey estimated that Saltfleetby still harbours an estimated £50million worth of reserves. Shares rose 4.2 per cent, or 0.05p, to 1.25p.

Most airlines had already cut their schedules to the bone following the start of the latest national lockdown, but experts say fears that more restrictions and uncertainty over when they will end could hit bookings for the summer and beyond.

Glyn Jones, the boss of Southend Airport, told the Financial Times: ‘When people are uncertain, they don’t tend to make buying decisions.’

Separate gloomy reports that the lockdown could be extended beyond Easter also hit retailers and other firms that rely on busy public spaces for visitors.

Mothercare, the baby products retailer, closed down 4.8 per cent, or 0.55p, at 11p after revealing the pandemic had caused sales to plunge by 38 per cent in the nine months to January 2.

Neil Wilson, chief analyst at Markets.com, said: ‘The pandemic continues to eat away at confidence – now the Government is said to be considering extending lockdown for another three months beyond Easter.

‘This is to get the second dose of vaccines to all over-50s, but just extends the pain for everyone, particularly travel stocks, as it’s starting to appear as though another peak summer season will be affected by Covid restrictions.’

However, drug maker Astrazeneca was up 1.5 per cent, or 120p, to 7897p after the firm announced that cancer drug Calquence had won approval for use with more patients in Japan.

Results from further trials of the drug have also come back with positive results, paving the way for further regulatory submissions as well.

Elsewhere, specialist recruiter SThree rose 3.5 per cent, or 11.5p, to 339.5p after reporting better-than-expected profits and pledging to bring back the dividend.

The firm, which helps to find staff for IT, finance, life science, engineering and energy businesses, said its adjusted profit for the year to November 30 had halved to £30.1million – a better result than the £28.2million predicted by analysts. It followed a recovery in its US division and a rise in Covid-related hires, particularly by drug firms.

And SThree has said it plans to pay a dividend of 5p per share after suspending it to conserve cash last year.