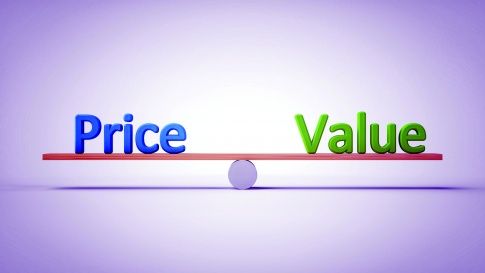 When the FCA tasked the boards of fund groups to report on how individual funds provide value to investors, there was not much expectation that end investors would study such documents in detail.

But there was more of a view that intermediaries and commentators would do so and it would trickle down through the distribution chain and bear fruits to the end investor.

Findings of a recent survey of 565 financial advice professionals has poured cold water on hopes that the value assessing exercise would engage intermediaries.

The Lang Cat’s research found 6.39 per cent of advisers used the reports at all in the first year of this regulatory requirement (see Figure 1).

While more than a quarter (27 per cent) of those surveyed were not aware that funds were required to produce such reports.

Money Marketing’s own poll from July last year revealed that 60 per cent of advisers did not deem the funds’ value statements as useful guides.

While 2020 was effectively the first year when fund groups were coming forward with these reports, the regulation came into force on 30 September 2019.

Funds were given up to four months after their reporting year end to publish the reports.

But the Lang Cat’s findings suggest we are not likely to see an uptick in advisers’ use of these annual value statements going forward.

Half of advisers were not sure how they would use the statements in the future and 18 per cent said they would use it only if they were required by regulation to do so (see Figure 2).

Just over 7 per cent of advisers plan to use them as a part of the conversation with their clients in the future.

Out of the minority of planners who had looked at value statements, over 38 per cent found them “neither informative nor useful” (See Figure 3).

“Is any fund manager ever going to say their fund isn’t good value for money?,” asked one adviser.

“Having not seen one perhaps I’m being unfair. Still, I suspect they’ll all say ‘we’re offering splendid value’,” commented another planner.

Several advisers casted doubt as to whether the funds listed as good value by the providers would be deemed as such by advisers and investors.

“Some reports found the funds delivered value for money despite delivering less than the average return,” one adviser noted.

And indeed, the rate at which funds were determined to be “good value” by their fund boards gives rise to doubts whether it adds up. A meta-analysis of 968 funds from 26 leading asset managers by Boring Money showed that only 3 per cent of funds were deemed not to be delivering value.

More than three-quarters of funds (79 per cent) were deemed good value, with another 18 per cent “being monitored or having some fee reductions implemented.”

And echoing that statement, many advisers commented that it should be up to them to assess the value of the fund and not the provider.

When it comes to those advisers, who gained something from the reports, some said they found that it “helped [them] in [their] client conversations around performance not being the only criteria to consider” (17.46 per cent); it “gave [them] insight into the governance of the funds” (13.23 per cent) and it “gave [them] additional input to [their] understanding of the funds” (12.7 per cent).

What have the first set of value statements taught us?

Out of those advisers who have seen a value report but did not find it useful, over 29 per cent thought they were “too complex for their clients” and over 26 per cent deemed them “thinly veiled marketing speak” (See Figure 4).

Several fund groups have chosen a graphic depiction, such as traffic light system, hoping to show which funds they deem to be a good value in an accessible way.

Last October, responding to a Freedom of Information Act request by Money Marketing, the FCA revealed that it has not specifically reviewed how its rules have been applied across the market so far.

Instead, three firms have been visited by the regulator after issues with value statements were picked up in the process of its usual discussions, the regulator said.

While the hope that funds’ value reports would be scrutinised by advisers seems to be unfulfilled so far; the very requirement of the value assessment exercise has led to tangible outcomes already.

Such as several funds being shut, fees reduced and – most notably – forcing funds to move investors to a cheaper share class, where there is a cheaper alternative.