Fund managers have slashed the amount they are willing to pay for sellside research analysts’ insights during the pandemic, as the shift to digital meetings has reduced the value placed on these interactions.

One-to-one analyst meetings are a long-established and lucrative part of the investment research market. Spanning activities including breakfasts, presentations or an analyst-brokered introduction to company management, they make up the bulk of the budgets asset managers set aside for sourcing investment ideas. The price varies but can run into several thousand dollars.

But the move to online meetings due to coronavirus has upended what investors are willing to pay for access to research analysts, according to a survey of fund groups with a combined $4.9tn in assets.

The average price of a one-to-one meeting has almost halved since the start of the pandemic due to a perception that digital versions lack intimacy and offer less value.

“Asset managers do not rate virtual meetings the same as face-to-face interactions,” said Mike Carrodus, chief executive of consultancy Substantive Research, which carried out the analysis. “They lack the value derived from the informal side of physical meetings, where questions and analysis that were unscheduled would still be addressed.”

Video calls also tend to be shorter than in-person meetings which reduces their price tag, he added. Fund managers are also paying out less for group analyst meetings, with the value of these interactions falling 35 per cent since January.

The findings underscore the intense pressure facing sellside research providers, which are already reeling from a shake-up triggered by sweeping EU rule changes three years ago. 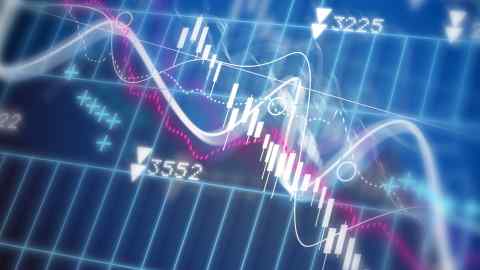 Mifid II aimed to curb conflicts of interest and rationalise the supply of research by forcing asset managers to pay for analyst insights separately to trading fees. This resulted in fund managers slashing their research budgets by 20-30 per cent, according to the Financial Conduct Authority, straining providers’ revenues.

While Mr Carrodus predicted a temporary “frenzy” of in-person analyst meetings once a vaccine became available, he said in the long term fund managers would seek to preserve the cost savings gained from digital engagements.

“We’ve all learnt that there are some things we don’t have to do physically,” he said. “Now that fund managers pay for research from their P&L account, the opportunity to make savings is tempting.”

Yet appetite for research this year has not let up, Substantive found, as investors sought ideas to help them navigate choppy markets during the health crisis.

“Fund managers’ budgets are capped yet consumption is up. Something has to give and that is price,” said Mr Carrodus.

Daniel Murray, deputy CIO and global head of research at private bank EFG, said that the acceptance of digital meetings during the pandemic would put pressure on fund groups to justify their spend on gaining physical access to analysts.

But he added that there would always be a place for in-person analyst meetings. “Seeing the whites of someone’s eyes cannot easily be replicated virtually,” he said.